As we can clearly see below, Gandi.net has registered the “Assassin’s Creed Valhalla” domain. Now in case you’re wondering, Gandi.net is the company that registers all of Ubisoft’s games. So yeah, this appears to be the title for the next AC game. 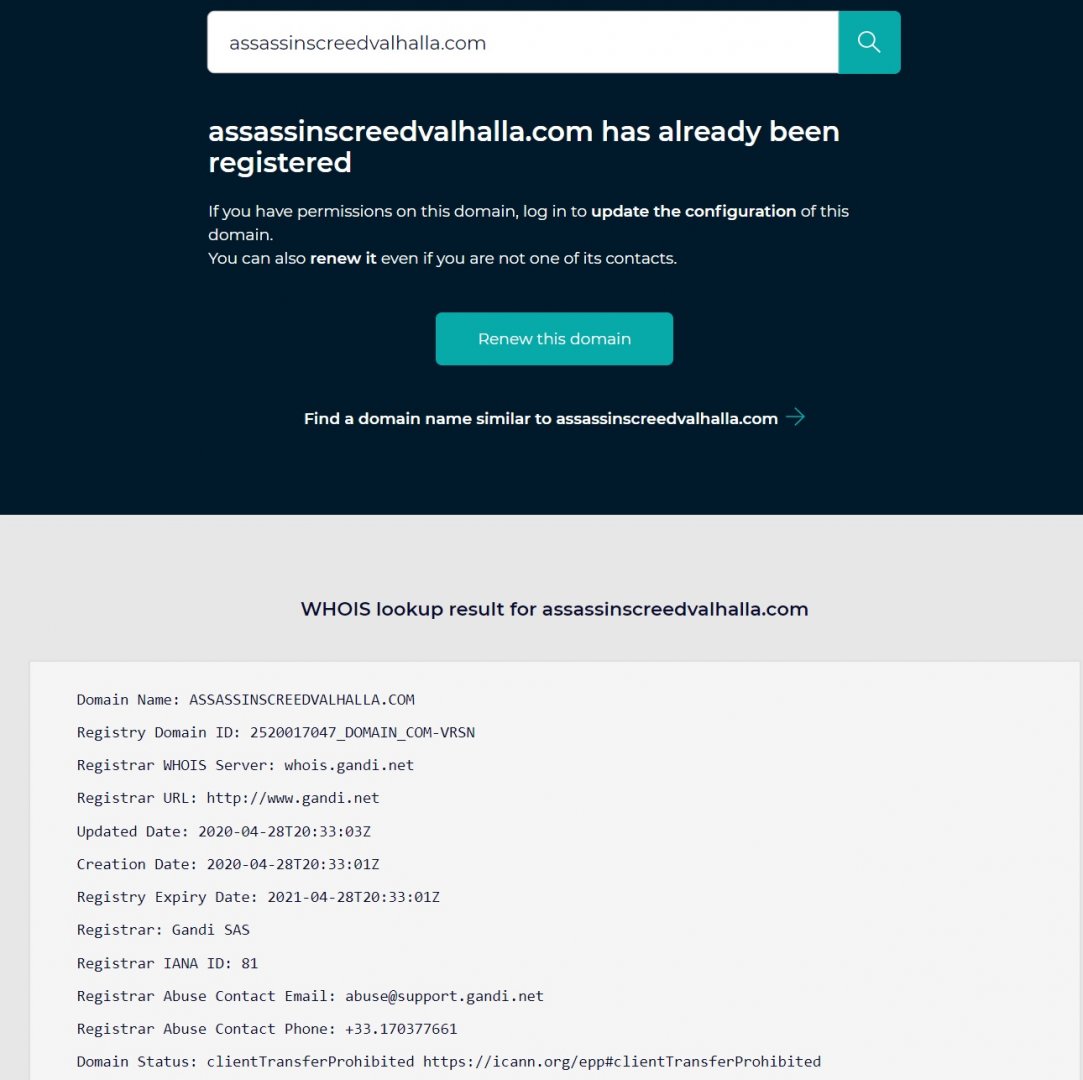 Ubisoft will most likely officially reveal this new Assassin’s Creed game in a couple of hours. As such, we’ll be sure to update this article once we get more details about it. However, I strongly suggest tempering your expectations. My guess is that Ubisoft will reveal the game’s title alongside a teaser trailer. So yeah, don’t expect a gameplay trailer or a next-gen showcase video.