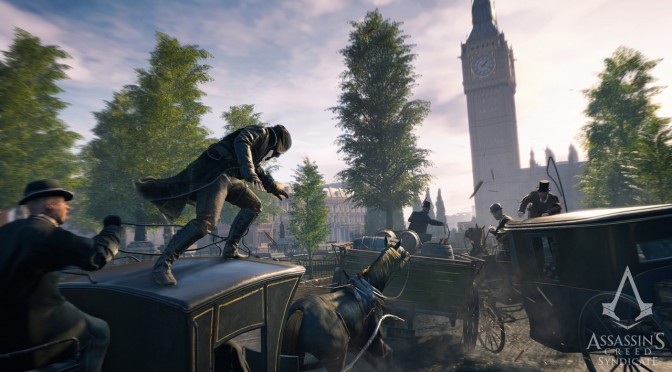 Ubisoft has announced that Assassin’s Creed: Syndicate will be coming to the PC on November 19th. As the French company noted, the PC version is handled by Ubisoft Kiev, and promises that PC gamers will get the “most stable, optimized version of the game on day one.“

“We have introduced several new improvements to our production pipeline and validation process, which allowed us to focus on polishing, stabilizing and optimizing the PC version very early on in the project. This has been one of the top priorities for the production team this year.”

“The additional four weeks are for us to really bear down and finalize all of the polish and optimization, to make sure the game and all of its systems are stable when it launches, so it runs smoothly for all players starting on day one.”