Assassin’s Creed: Origins is a pretty interesting case on the PC. Ubisoft’s latest title is among the most demanding PC games of 2017. And while it scales wonderfully on more than four CPU cores/threads, the game suffers from optimization issues. The French company has just released a new patch for the PC version and so we decided to benchmark it.

First and foremost, this latest version of Assassin’s Creed: Origins is the most unstable version we’ve tested. We’ve been constantly getting crashes when alt-tabbing and using MSI Afterburner. Not only that, but we’ve witnessed major stutters on our simulated quad-core system; stutters that weren’t present in the launch version of the game.

But let’s take things from the beginning. Assassin’s Creed: Origins 1.05 runs exactly the same with version 1.03 on our six-core system. We did not witness any performance improvements at all. Moreover, and while the game scaled on more than six CPU threads, we did not witness any performance increase when we enabled Hyper Threading. In other words, the game behaved exactly the same as before. 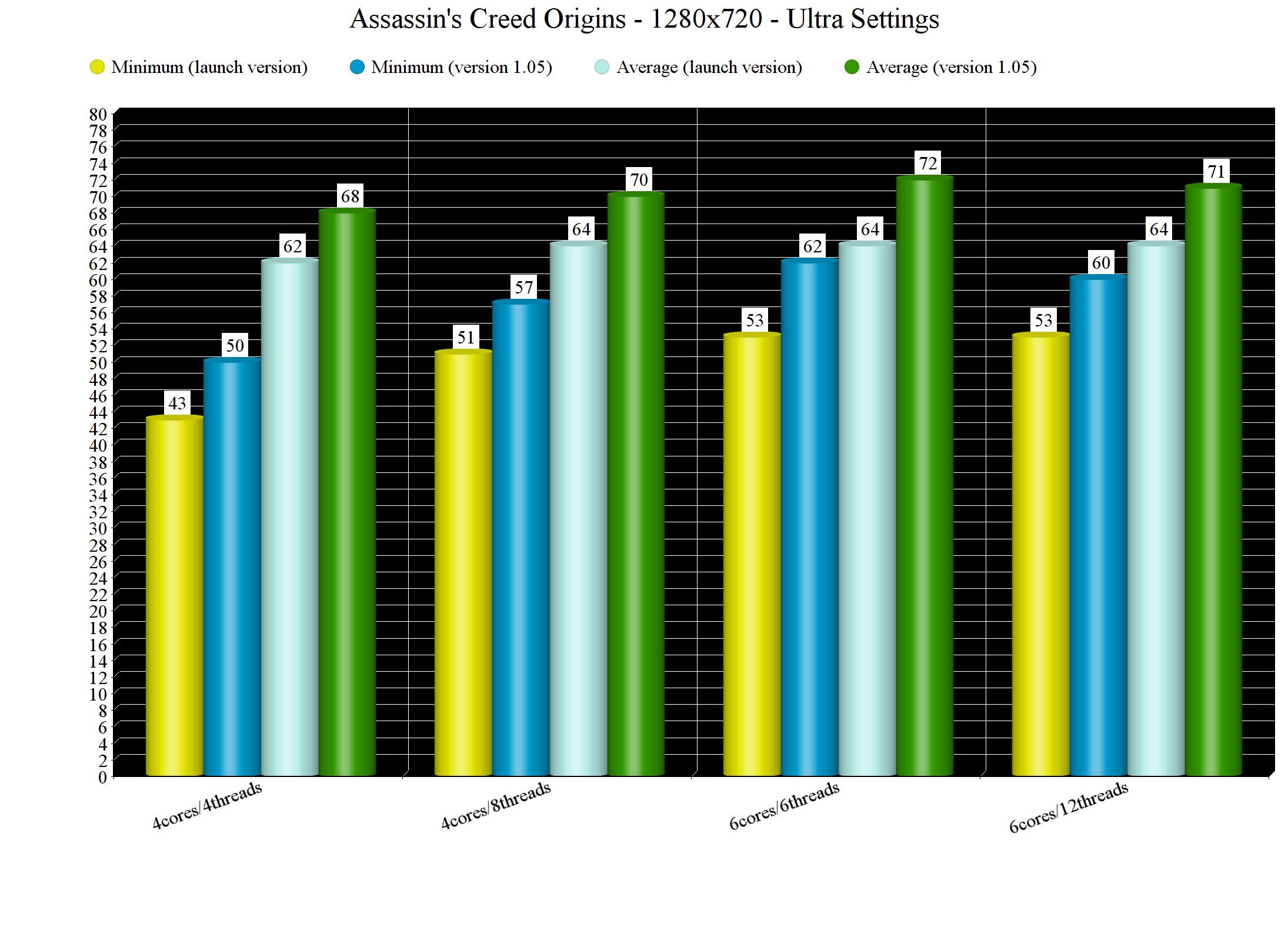 Compared to the previous version, Assassin’s Creed: Origins 1.05 ran the same on our simulated quad-core system. As said, we also experienced major stuttering issues on this latest version. We are talking about stutters that could last 3 seconds. Our minimum framerate was 57fps whereas our average was 70fps. What this basically means is that on our simulated quad-core system, the latest version of Assassin’s Creed: Origins performs worse than the launch version. Yes, the average framerate is higher but for the love of God, look at this stuttering fest. 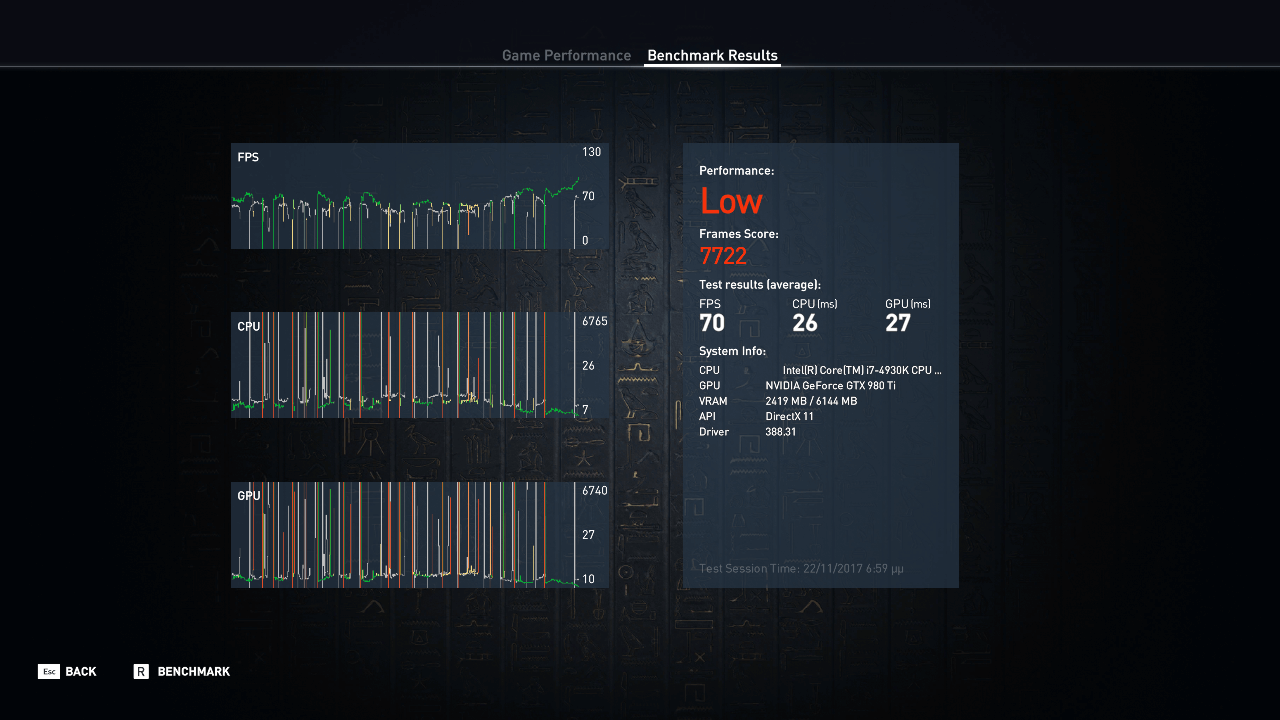 The game still uses the Denuvo anti-tamper tech and we seriously don’t know what consumes all of our CPU resources. Make no mistake, its engine can scale incredibly well on modern-day six-core CPUs. HOWEVER, and apart from those annoying stutters that now plagued the simulated quad-core system, there is no performance difference at all between a quad-core and a six-core. Even though the game stressed all of our six CPU cores, our two systems pushed the same average framerates. To put it simple; this is undoubtedly an abnormal behaviour. There is something going on under the hood that severely degrades overall performance, and Ubisoft needs to identify and fix it!