Studio Wildcard has issued a press release, announcing that ARK: Survival Evolved has surpassed 12 million players worldwide. In addition, the team revealed that the game supports crossplay between the Windows 10 and the Xbox One versions.

Moreover, Studio Wildcard has released the first screenshots for the upgraded models for the game’s T-Rex, Ape and Dire Wolf. The team plans to upgrade even more models, though it did not specify whether these upgraded models will be released as a free or a paid new content. 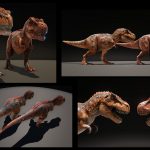 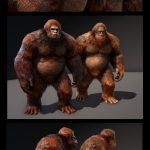 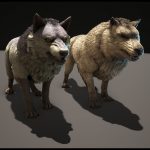 Furthermore, Studio Wildcard announced that Ragnarok will be approximately 100% complete internally, and it will be releasing a PC update to add in the latest part of the map later today.

Last but not least, the team announced a special Evolution Event perk. This event is already live now and will remain active until Monday the 18th at 6 PM EST. This perk will allow 2x Harvesting Rate, 2x Taming Rate and 2x EXP Rate.