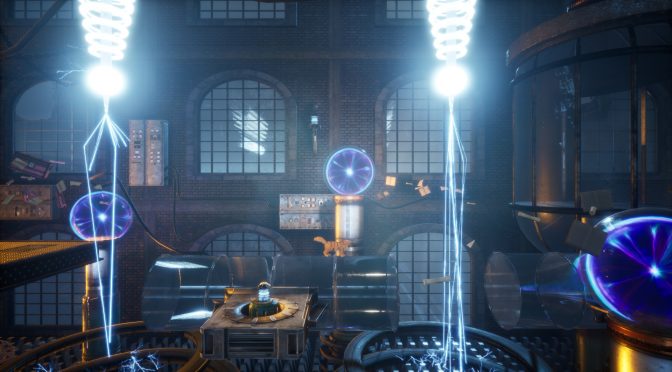 Lunar Great Wall Studios has announced the release of Another Sight – Hodge’s Journey on Steam. Another Sight – Hodge’s Journey is a free prequel story of ANOTHER SIGHT, the first game developed by Lunar Great Wall Studios which tells the story of Hodge and Kit, a young girl who has lost her sight, in a surreal fantasy adventure into the unexpected; weaving a tale that brings together some of the world’s greatest minds in Monet, Tesla, Edison and other historical cultural icons.

In Another Sight – Hodge’s Journey, players take control of Hodge the cat in a brand new, stand-alone story. Players will tackle new platforming challenges using Hodge’s nimble feline skills to solve puzzles as they uncover new mysteries as he travels between the world of dreams and reality to rendezvous with Kit at the start of their adventure below London.

“We’ve been overwhelmed with the response to Hodge and Kit with the launch of Another Sight earlier this year. We know that gamers everywhere have fallen in love with Hodge and are dying to know more about him and his background. With Another Sight – Hodge’s Journey we are offering players a chance to find out a little more about their beloved feline companion.”