During its financial analyst day 2020, AMD shared some new details about its RDNA 2 GPUs. Similarly to RDNA, AMD targets a 50% performance per watt improvement. Although it’s unknown at this point whether the red team will be able to deliver, its current plan is to hit that huge performance increase. 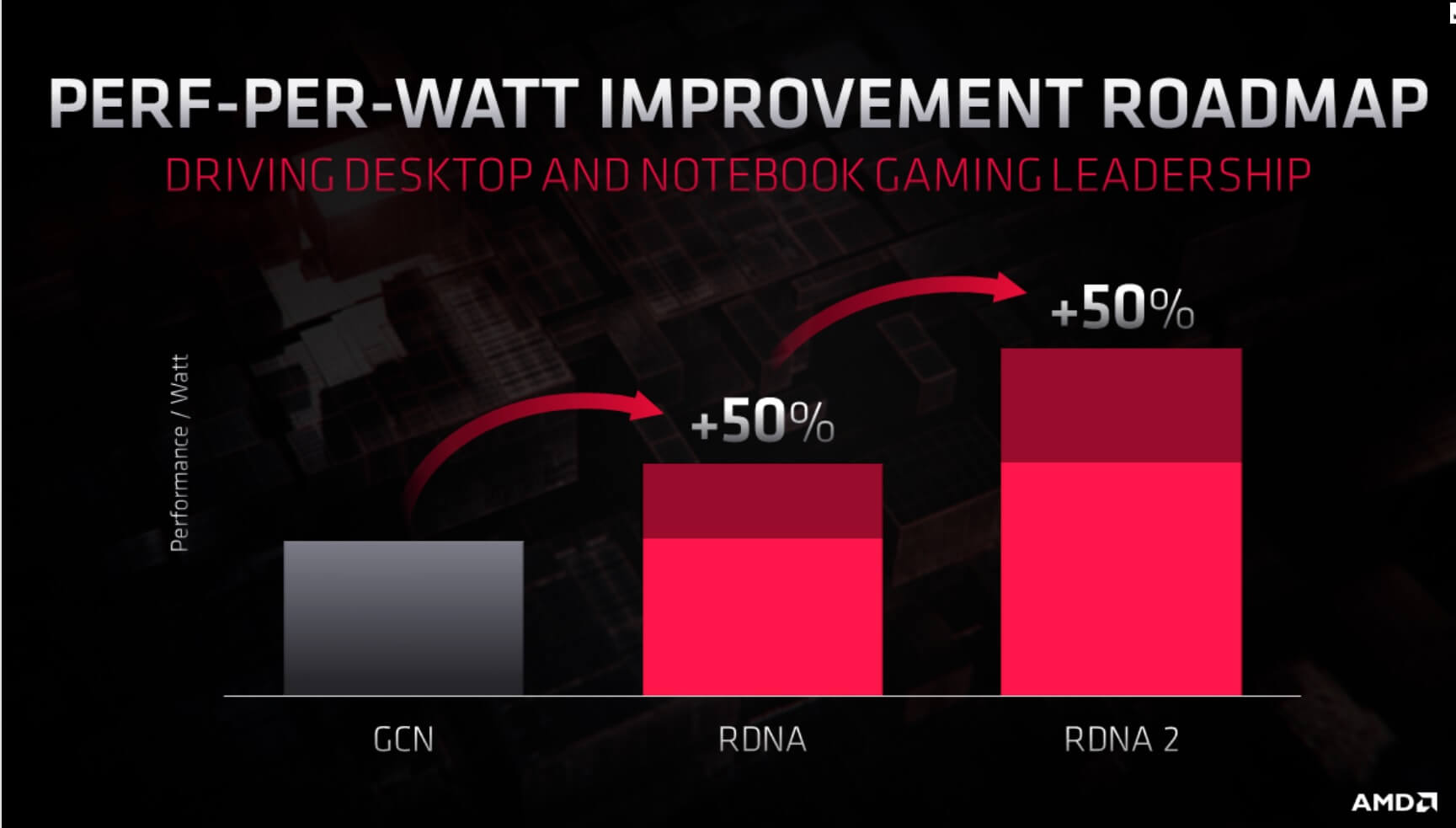 With RDNA 2, AMD promises to improve performance per clock (also known as IPC). Furthermore, the red team will bring logic enhancements by reducing complexity and switching power. Naturally, there will also be physical optimizations that will result in increased clock speeds. 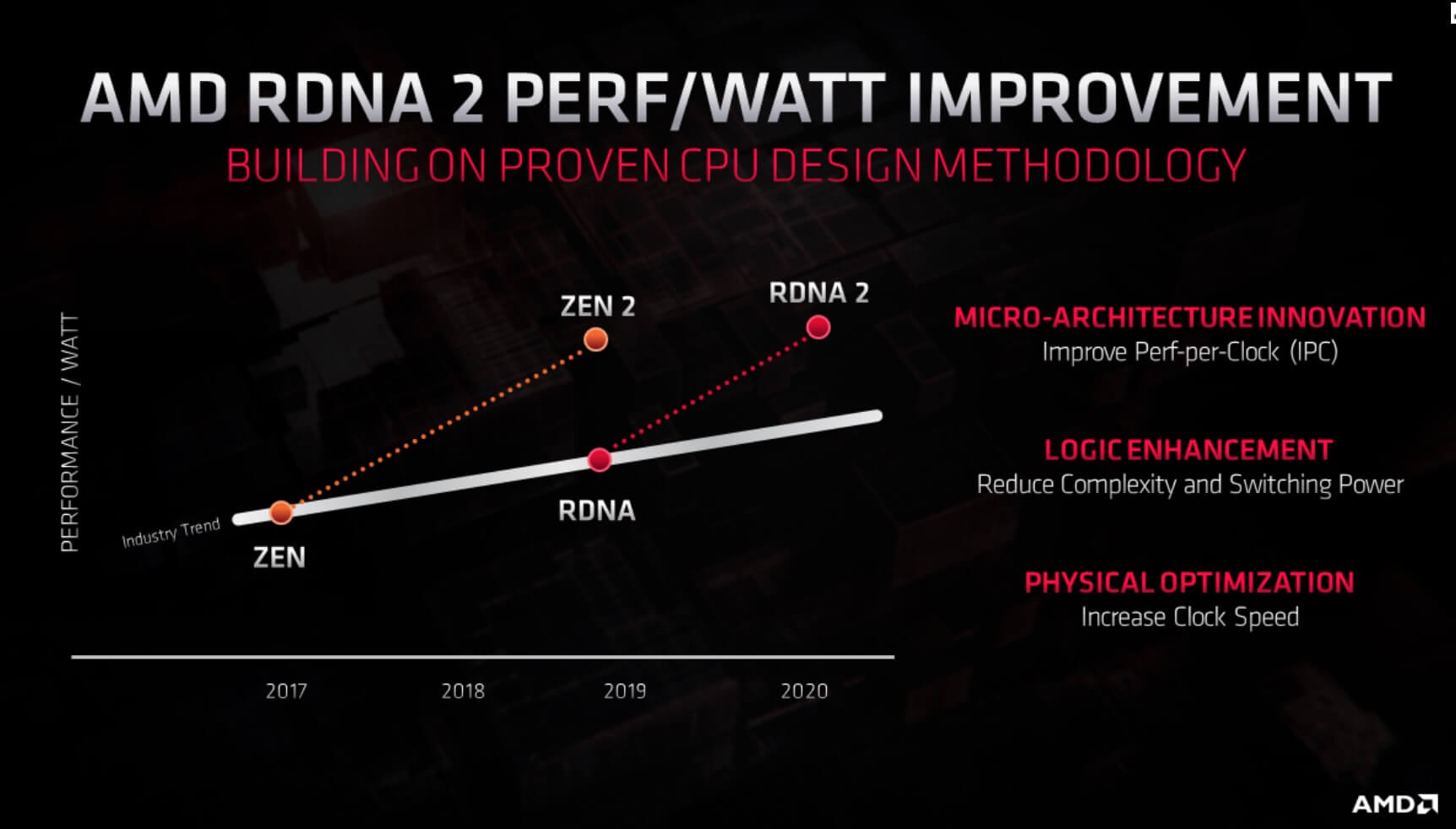 Regarding Ray Tracing, AMD confirmed that its RDNA 2 graphics cards will support hardware-accelerated Ray Tracing.  AMD also re-confirmed that its RDNA 2 GPUs will have a similar architecture on both consoles and PCs. AMD hopes that this will simplify development and speed adoption. Moreover, RDNA 2 GPUs will support low-level APIs for improved performance. This low-level API will be the DXR 1.1 API. 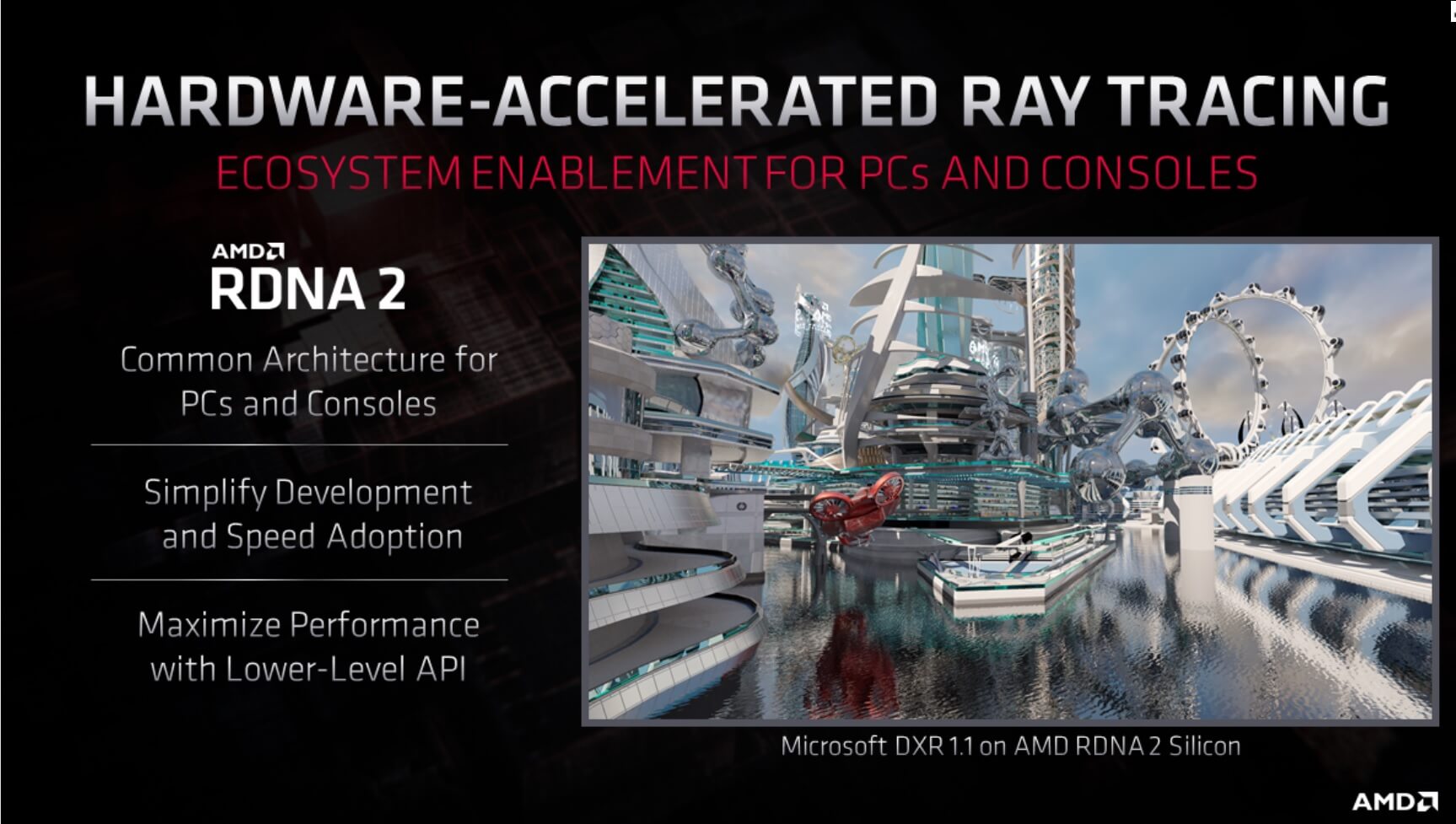 “We have developed all-new hardware-accelerated ray tracing as part of RDNA 2. It is a common architecture used in next-generation game consoles. With that, you will greatly simplify the content development that developers can develop for one platform and easily port it to the other.

We also provide lower-level API support that gives more control to the developers so that they can extract more performance from the underlying hardware platform. This will help mitigate the performance concerns of ray tracing.”

Last but not least, AMD has re-confirmed that its RDNA 2 GPUs will come out later this year!