YouTube’s ‘Hardware Numb3rs‘ has shared some new interesting gaming benchmarks for AMD’s new Ryzen 7 CPU, the AMD Ryzen 7 2700X. And according to the results, this new Ryzen CPU is 10% faster in various games than its previous gen version, the AMD Ryzen 7 1700.

Going into more details, Hardware Numb3rs tested Rise of the Tomb Raider, Metro: Last Light, World of Warcraft, Far Cry Primal and Ashes of the Singularity at 1080p. With the exception of Ashes of the Singularity, all other four games performed noticeably better on Ryzen 7 2700X than on Ryzen 7 1700. More or less, we are looking at a 10fps increase. 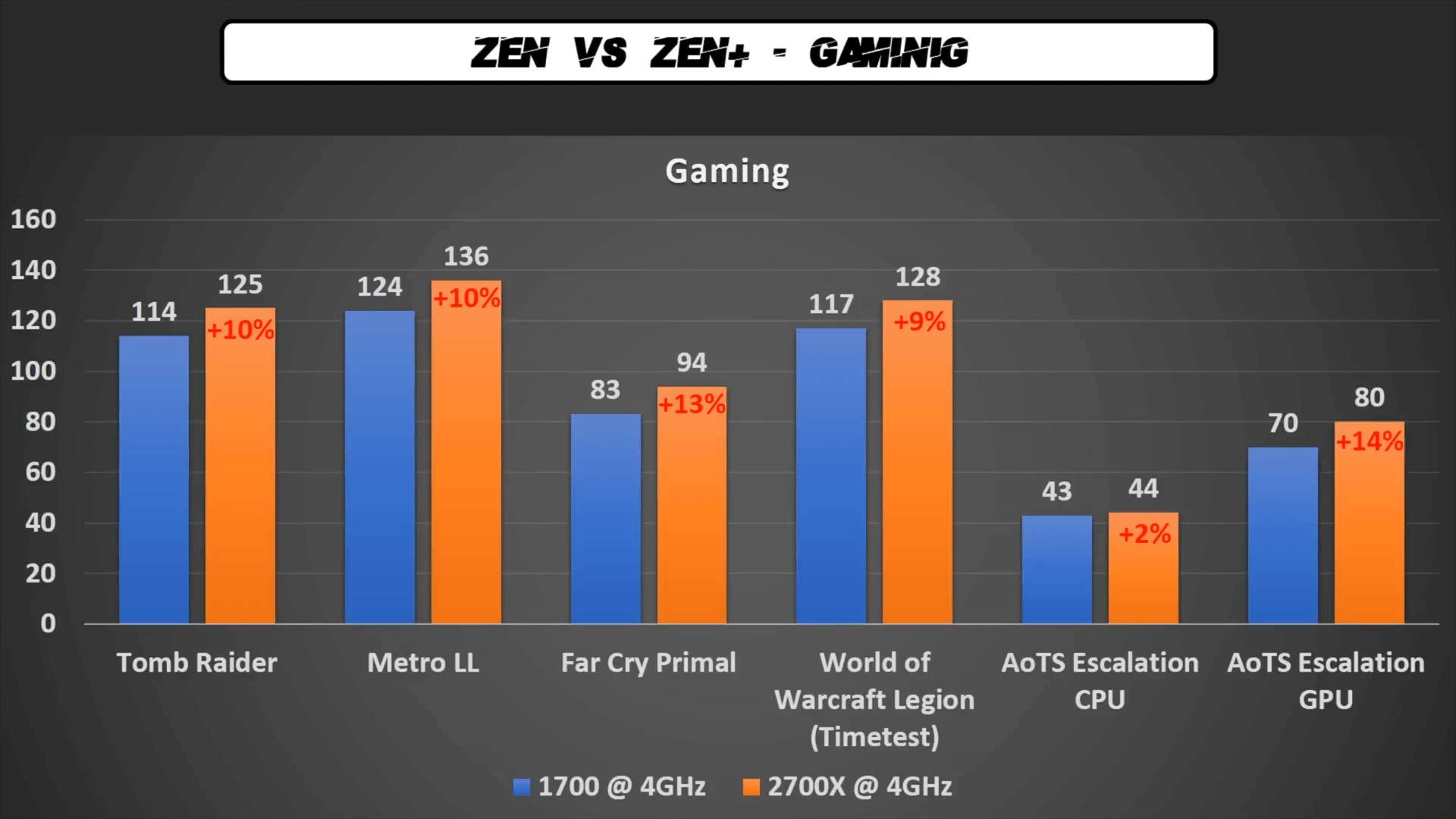 Hardware Numb3rs also compared the AMD Ryzen 7 2700X (running with both 3200 and 3533 memories) and the Intel i7 7700K. And with the exception of World of Warcraft and AOTS’ GPU test, this CPU performed pretty well. Yes, it was a bit slower than the i7 7700K, however we’re talking about 5-10fps. And if AMD prices this CPU significantly lower than the i7 8700K, it will undoubtedly have a gem on its hands. 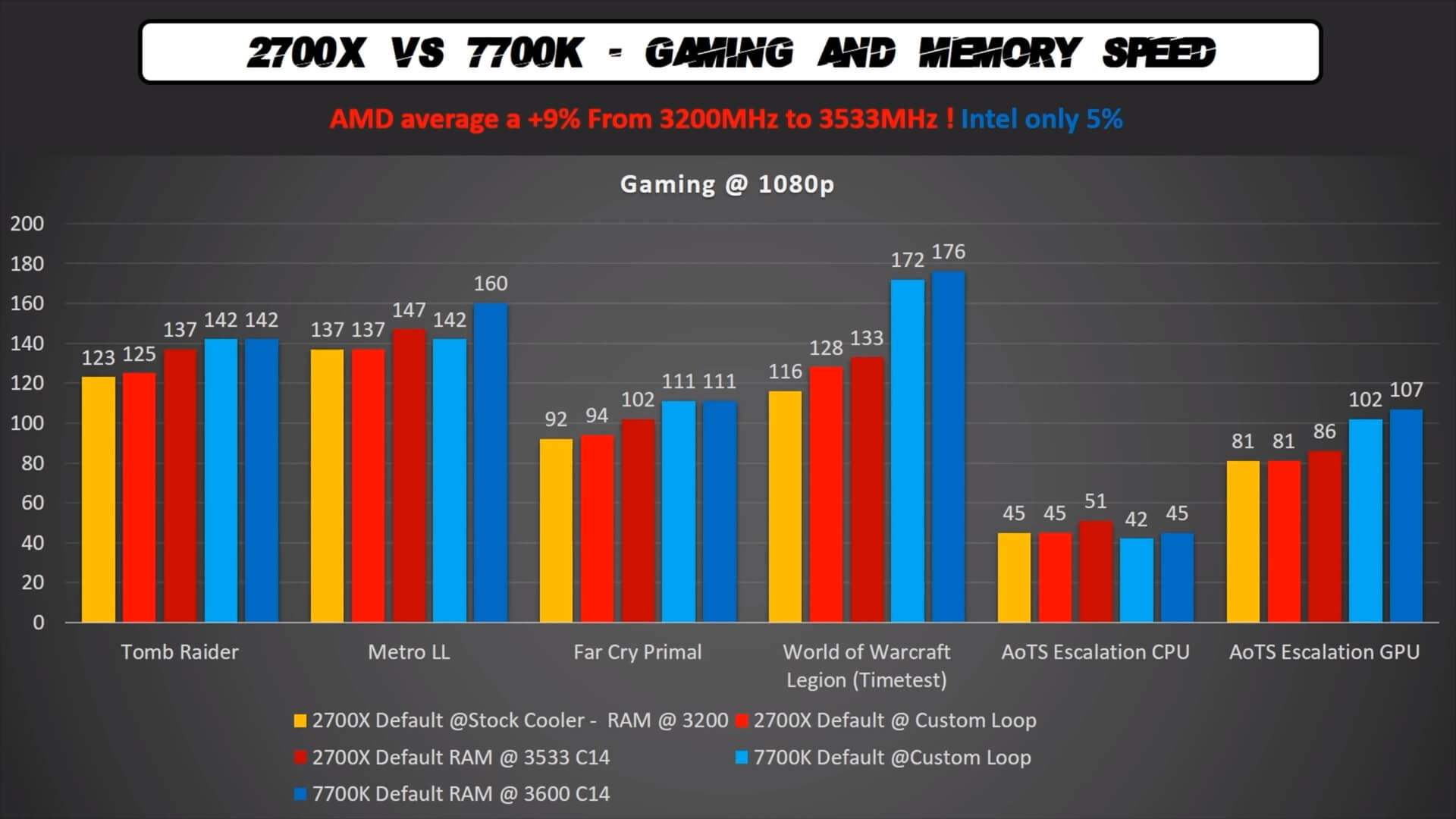 The AMD Ryzen 7 2700X will be officially launched on April 19th!