According to the results, the AMD Radeon Vega Frontier Edition runs The Witcher 3 similarly to NVIDIA’s GTX1080. On max settings (but with Hairworks disabled), #define was getting 90-105fps. It’s worth noting that #define was using a  550W PSU (as such, there might be some throttle happening here) and that he clocked his graphics card at 1600Mhz.

If we take a close look at Guru3D’s results, we can see that the AMD Radeon Vega Frontier Edition comes close to NVIDIA’s GTX1080. 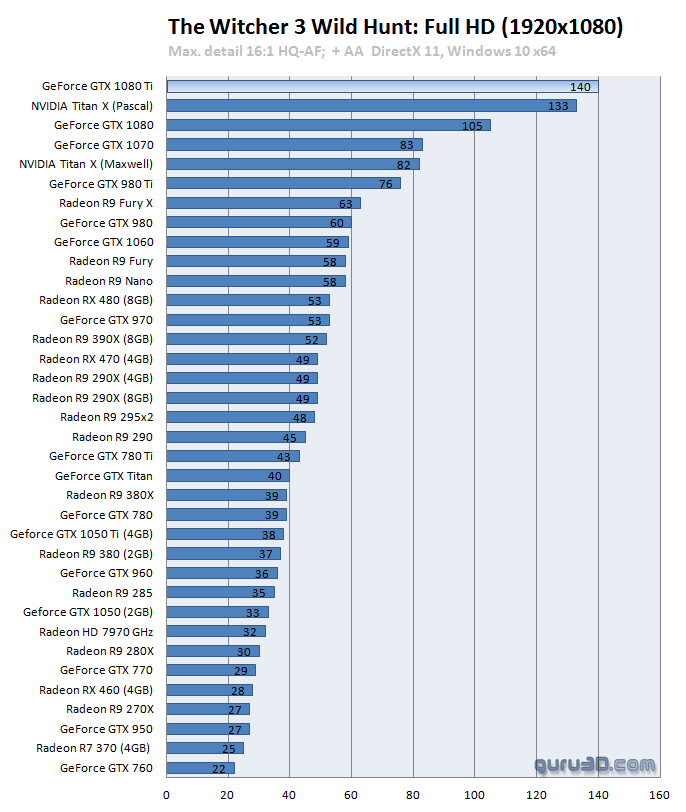 We are really looking forward to more benchmarks, so here is hoping that either #define or other becnhmarking websites will post some results soon enough!

Another user shared a DOOM Vulkan benchmark in 4K. The AMD Radeon Vega Frontier Edition was able to push 45-65fps in 4K. This performance similar to what NVIDIA’s GTX1080 graphics card is currently offering.