AMD has released a brand new driver for its graphics cards. According to the red team, the AMD Radeon Software Adrenalin 21.6.1 driver adds official support for FidelityFX Super Resolution for select titles.

Moreover, this new driver fixes a number of bugs and issues. For instance, it fixes a crash in Anno 1800 upon launching the game when running DirectX 12. It also resolves a crash that could occur when enabling Ray Tracing in Ring of Elysium on DirectX 12.

You can download the AMD Radeon Software Adrenalin 21.6.1 driver from here. You can also find below its complete changelog. 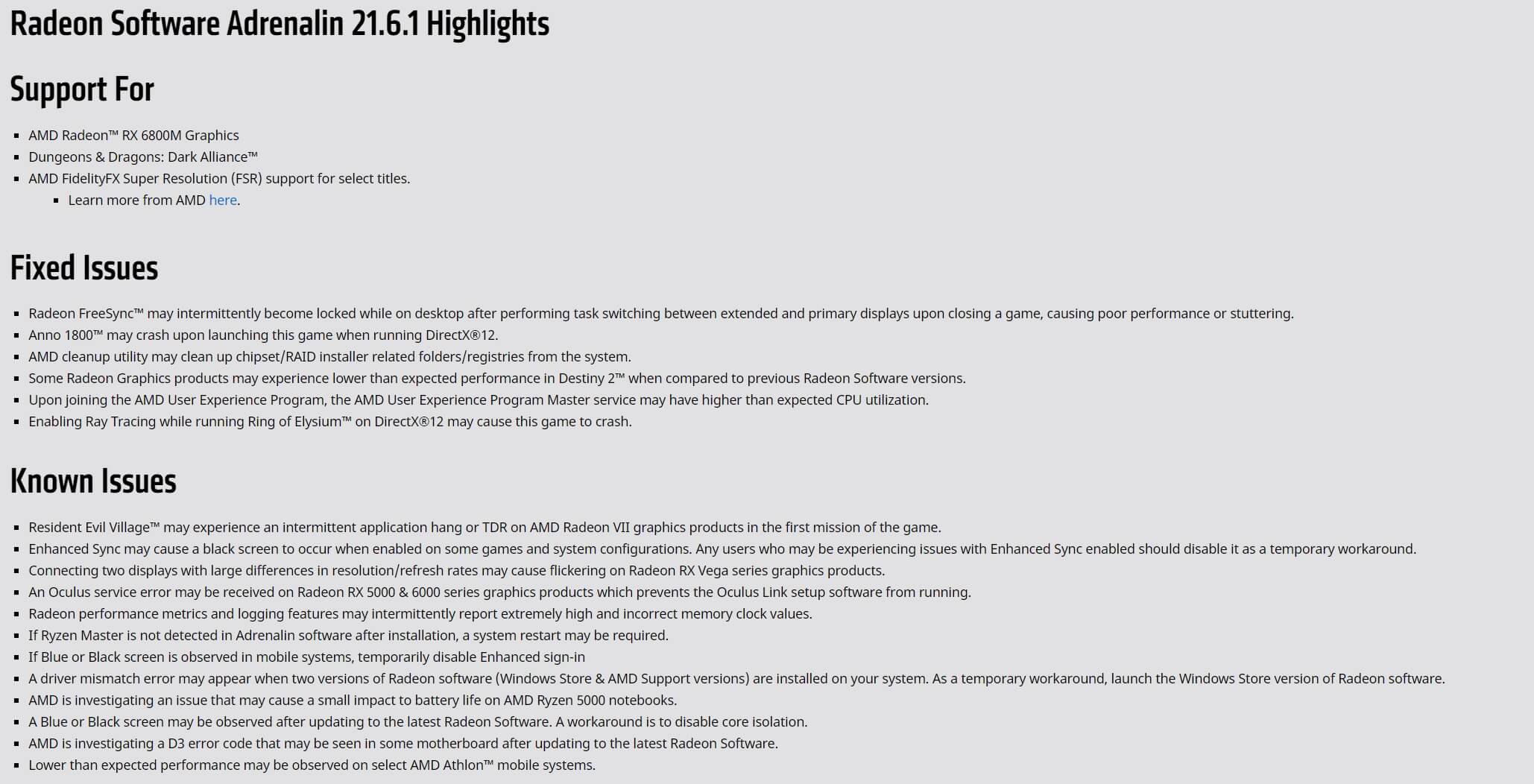