Just a few days ago AMD officially announced its RDNA 2-based flagship Big Navi graphics cards, the Radeon RX 6900XT, RX 6800XT and RX 6800, respectively. The Red team introduced three graphics cards based on RDNA2 GPU architecture with prices ranging from 579 to 999 USD. AMD will be competing with NVIDIA, and directly targeting each of the RTX 30 series Ampere-based SKUs.

Now, we have some preliminary Ray Tracing performance benchmark results of the AMD Radeon RX 6800 RDNA 2 graphics card. The benchmarks have been leaked by Twitter user @PJ_Lab_UH from Uniko’s Hardware who has posted two GPU benchmarks for the graphics card in Shadow of The Tomb Raider with DXR ray-tracing enabled.

Even though the RDNA 2 Live event showcased benchmarks that favored the Radeon RX 6900 XT, Radeon RX 6800 XT, and Radeon RX 6800 over the competition, none of them included metrics related to ray tracing.

The editor from Uniko’s Hardware PJ has shared three screenshots, one synthetic benchmark result from 3DMark Time Spy, and two screenshots from the Shadow of the Tomb Raider game (with Ray Tracing enabled).

The performance benchmarks that were carried out are apparently of an AMD Radeon RX 6800 graphics card which is the most cut-down Navi 21 SKU model based on the RDNA 2 graphics architecture. The graphics card was tested with an AMD Ryzen 5 3500X 6-core 6-thread desktop CPU, along with 16 GB of DDR4 memory.

The alleged benchmarked GPU is most probably the AMD Radeon RX 6800, an engineering sample that is not even recognized by the driver. Though, there is no such evidence to prove this is indeed the RX 6800 card since there is no name displayed on the screenshot, but Uniko’s Hardware is known for posting legit/quality leaks, as they have done in the past as well.

The game selected was Shadow of The Tomb Raider. This game uses Ray-traced shadows & these can be enabled on any GPU that has support for DXR through the DX12 API. The editor from UH posted two screenshots showing AMD Radeon RX 6800’s performance in Shadow of the Tomb Raider at 2560×1440 and 4K (3840×2160) resolutions .

The “Ray Traced Shadows Quality” was set to High, and the game was using the Ultra quality preset with 8x Anisotropic Filtering enabled, along with Screen space Lens and effects set to Normal quality. DLSS has been disabled since AMD RDNA 2 GPUs don’t support this Nvidia feature. 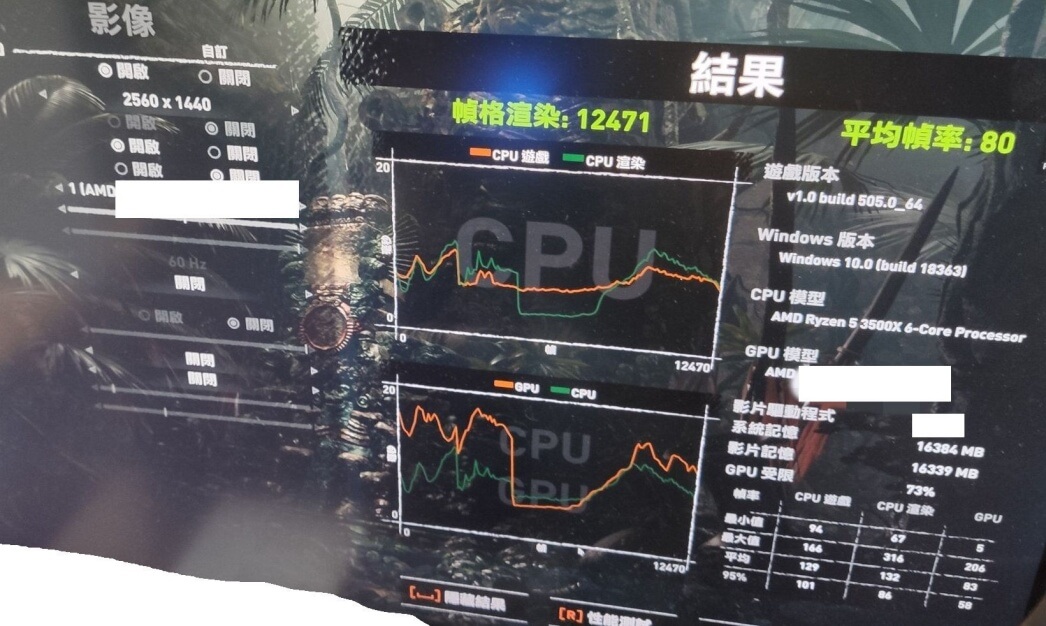 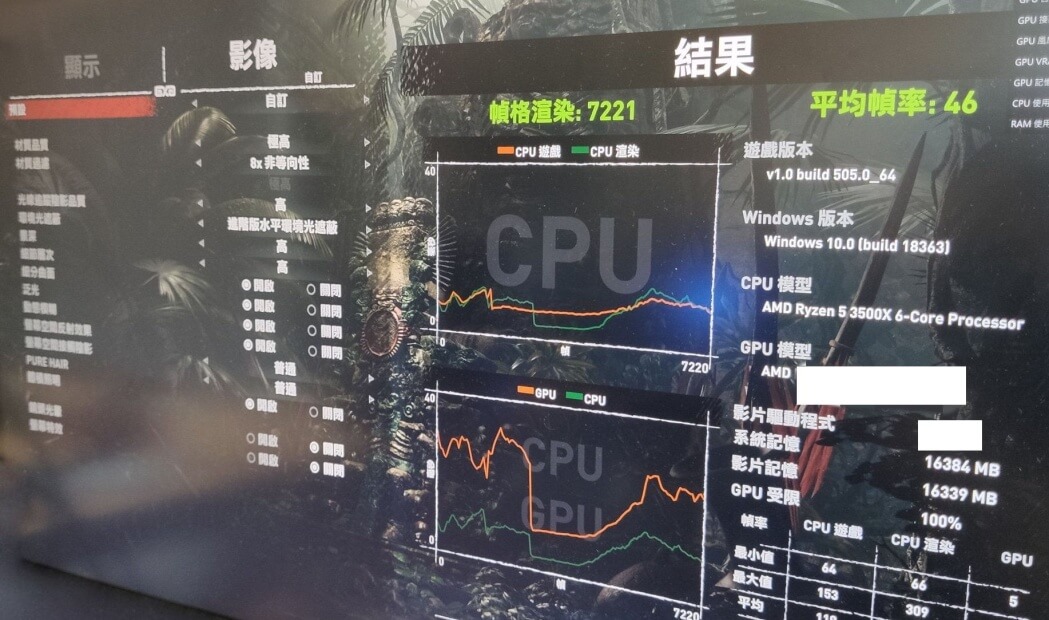 Though, AMD is currently working on a similar solution based on Microsoft’s DirectML tech, which might land up in future PC titles.

As you can see from the above screenshots, the GPU scored 46 FPS at 4K and 80 FPS at WQHD (1440p) resolution in Shadow of the Tomb Raider title.

For comparison, Wccftech tested the GeForce RTX 3070 in the same benchmark with a similar CPU configuration and the same settings and got 54 FPS at 4K and 85 FPS at WQHD. One thing to note is that the results were with DLSS enabled so you can expect lower performance for the card with the feature disabled. You can see Wccftech’s results below.

Uniko’s Hardware’s PJ also posted the first result of the Radeon RX 6800 GPU running in 3DMark TimeSpy. Here, the Graphics chip delivers a graphics score of 16,775 points and an overall score of 12,704 points.

The GPU is said to feature a TGP of 250-280W, so that’s 60W higher wattage than the GeForce RTX 3070. To make a direct comparison of these Time Spy scores, we can use the most recent review from Guru3D, who tested an MSI RTX 3070 GAMING X Trio GPU, which scored 14159 graphics points.

This makes the Radeon RX 6800 18% faster than MSI RTX 3070 Gaming X Trio. The AMD card is even 22% faster than the reference GPU model which has also been tested in the same benchmark. But you should exercise caution with any early preliminary scores, because we don’t know if the RX 6800 was using final compatible drivers, and/or if the graphics card was also overclocked.

AMD already provided us with some official performance figures for this Shadow of the Tomb Raider PC title; however, it did not have Ray Traced Shadows quality options enabled.

The AMD Radeon RX 6800 graphics card is based on a cut-down Navi 21 GPU having 60 Compute Units or 3840 stream processors. The AMD Navi 21 XL GPU is going to feature clock speeds of 1815 MHz game and 2105 MHz boost clocks, at reference specs.

It was also stated that the AMD Radeon RX 6800 Navi 21 XL GPU will have a TBP of 250W at stock clocks. The card will feature the same VRAM configuration of 16 GB GDDR6 memory, a 256-bit bus interface with the memory clocking in at 16 Gbps which delivers a net bandwidth of 512 GB/s.

The AMD Radeon RX 6800 will be featuring performance faster than the GeForce RTX 2080 Ti with smart access memory feature enabled. The graphics card will be ideally positioned against the RTX 3070 for just a $79 US higher price, at $579 US, yet offering much better performance and twice the memory of its main competition.