Well, you gotta admit that what is currently happening with Battlefield 4 and AMD’s Mantle is… interesting and hilarious. An update for BF4 that would bring support for AMD’s API was planned for a December release, however it got delayed to January. January is almost over and according to some reports, this patch is supposedly delayed to February. However, AMD’s PR for Radeon & Gaming, Robert Hallock, is confident that this patch won’t be delayed. 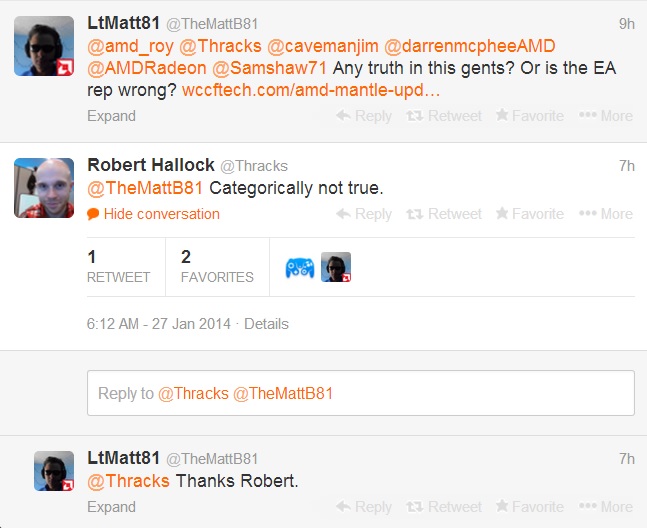 As Hallock claimed – when a fan asked him about the latest reports regarding the delay of Battlefield 4’s Mantle patch – those reports are false and inaccurate.

In short, Hallock is confident that AMD and DICE will release a new patch and driver that will enable Mantle for Battlefield 4 this week.

There are still four days left, so let’s see who is right about this whole Mantle drama!