As said AMD increased its market share again this quarter benefitting from new products for workstations, and crypto-currency mining, while Nvidia held steady. On the other hand, Intel’s market share slightly decreased, although it remains the dominant GPU maker.

Over three million add-in boards (AIBs) were sold to cryptocurrency miners worth $776 million in 2017. In this first quarter, an additional 1.7 million were sold. 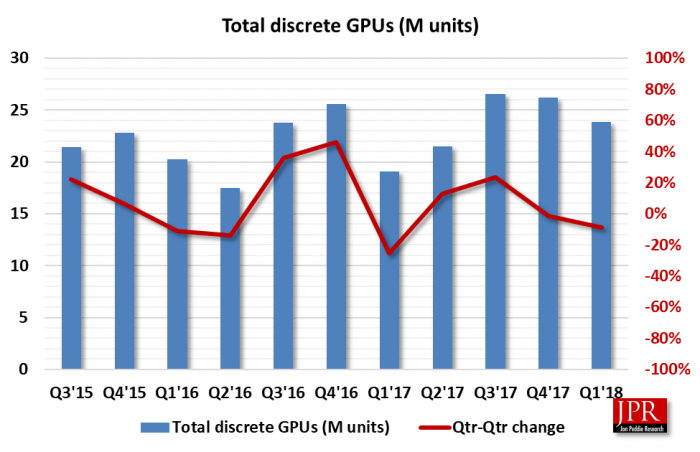