The first details for AMD’s upcoming new Catalyst driver have been unveiled. According to various reports, this new driver will be called ‘Catalyst Omega Driver’ and will come with AMD’s own downsampling option. Similar to DSR, AMD’s solution is called VSR (Virtual Super Resolution) will allow gamers to super sample their games, rendering them at up to 4K quality before being downscaled to a lower resolution monitor.

Of course, this is nothing new but it’s good to see both NVIDIA and AMD offering native solutions to downsampling. Also – and as most of you may have already guessed – VSR will be quite demanding for new titles, unless of course you’re equipped with AMD’s top of the line GPUs.

In addition, the Catalyst Omega Driver will increase performance in a number of games.

Kudos to our readers ‘Raushan Seboa’ and ‘Sean’ for informing us about AMD’s new driver! 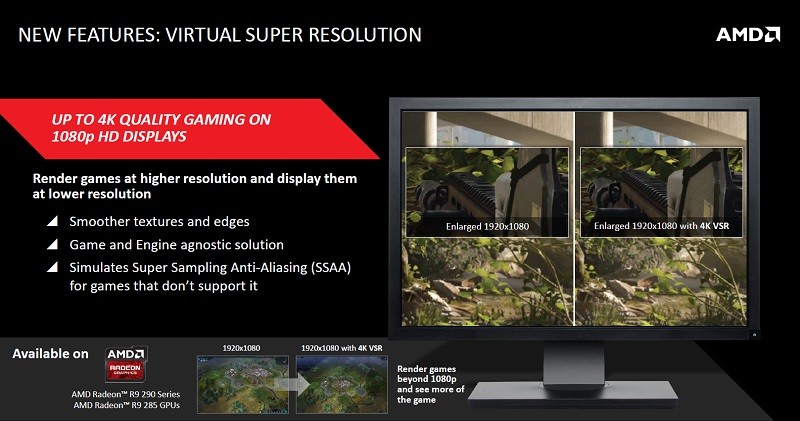 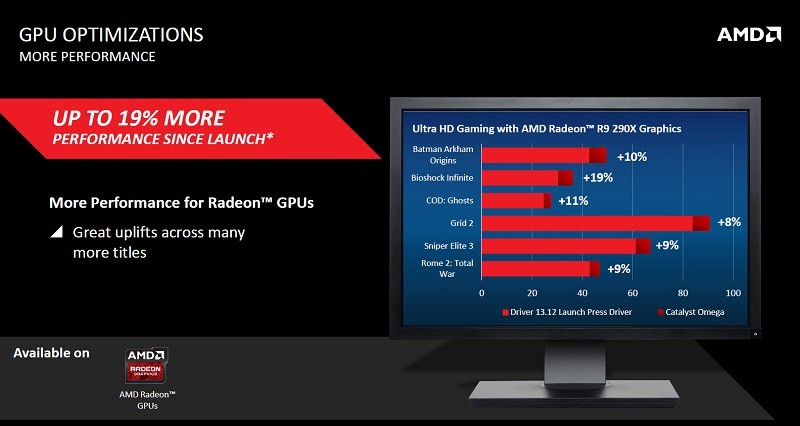