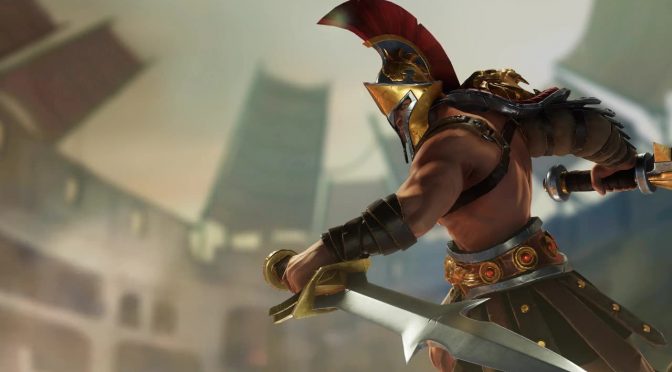 Amazon Game Studios has announced three new PC games that are in development. These three new games are: Breakaway, New World and Crucible.

Breakaway is a 4v4 mythological sport brawler built for fast action, teamwork, and live-streaming. Players assemble a team from an expanding roster of legendary warriors, including the relentless gladiator Spartacus, the twisted sorceress Morgan Le Fay, and the bloodthirsty warlord Vlad the Impaler.

At the start of each round, warriors can summon persistent buildables onto the playing field that dynamically alter the game. Buildables can besiege foes, shield teammates, or create new pathways through the arena. Players fight for dominance across fabled locations such as El Dorado, Atlantis, and Styx. They battle to control the Relic-the center of Breakaway’s action-passing it to teammates, defending it from attackers, and smashing it into an opponent’s base to score.

Breakaway is powered by Amazon Lumberyard and integrates directly with Twitch. Breakaway introduces four new ways for the Twitch community to interact with broadcasters.

The second game, New World, is a massively multiplayer, open-ended sandbox game that allows players to carve out their own destiny with other players in a living, cursed land.

Players decide how to play, what to do, and whom to work with-or against-in an evolving world that transforms with seasons, weather, and time of day.

Players can band together to reclaim monster-haunted wilds and build thriving civilizations, or strike out alone, surviving in the face of supernatural terrors and murderous player bandits.

Last but not least, Crucible is a battle to the last survivor on a hostile, alien world. Players choose and customize heroes, making alliances and betraying allies on their path to victory, and an additional player heightens the drama by triggering events, live-streaming the battles, and interacting with viewers.

Amazon Game Studios has only released footage from its first game, Breakaway, that can be viewed below!