bitComposer Games announced today that Air Conflicts: Vietnam, a game that is developed by the Slovakian developer team Games Farm, who also produced the two previous games: Air Conflicts: Pacific Carriers and Air Conflicts: Secret Wars, is coming out in the third quarter of 2013 for Xbox 360, PlayStation3, Linux, Mac OS and Windows PC.

Air Conflicts: Vietnam offers the popular combination of flight simulation and arcade gameplay. In the course of the game, the player controls over 20 accurately simulated fighter jets and helicopters from the Vietnam War era. In certain missions, the player has to leave the pilots seat temporarily to operate the guns and defend against attacks. If several fighter jets take part in a mission, the player can equip and upgrade them individually, as well as control the entire squadron. Air Conflicts: Vietnam offers a variety of missions and a compelling story set against the background of one of the best-known and most controversial wars in modern history.

•There can’t just be winners in war! Immerse yourself in the compelling and emotional story and experience, alongside heroic moments, the darker side of war.
•Experience the Vietnam War, one of the most explosive and violent wars of all time, up close! Witness the experiences of a brave U.S. Air Force pilot and immerse yourself ever deeper in the story thanks to the dramatic musical score. In addition to fighter jet missions, there are also new, special helicopter missions to complete.
•Take control of entire squadrons! Control all of the airplanes in your squadron.
•Equip your airplanes and helicopters with realistic weapons! All possible combinations of airplanes (or helicopters) and weapons are based on real models.
•A realistic setting combined with arcade gameplay! Every airplane can only be loaded with a limited amount of ammunition. However, you can compensate for this by switching between different airplanes in your squadron.
•A game that never gets boring! Play different singleplayer and innovative multi-player modes.
•Choose from a massive arsenal of military machinery! The game includes over 20 different airplanes and helicopters from U.S. and the Russian side.

bitComposer Games has also released the first screenshots of the game that can be viewed below! 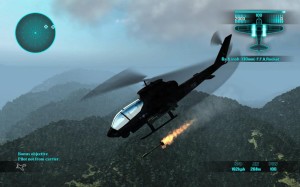 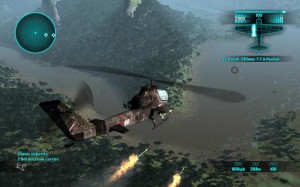 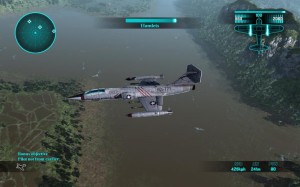 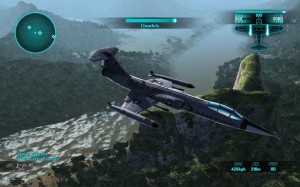 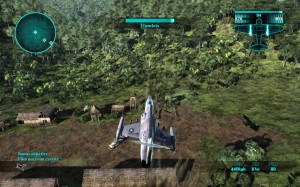