And finally we got some official news about the 6GB requirement, though it may not be what most of you are currently wishing for. When a fan asked Activision about the ridiculous 6GB RAM requirement of Call of Duty: Ghosts, the big publisher responded and confirmed that it is currently looking into this. Now don’t get your hopes up as the publisher has not promised to remove it – it is just looking into it. 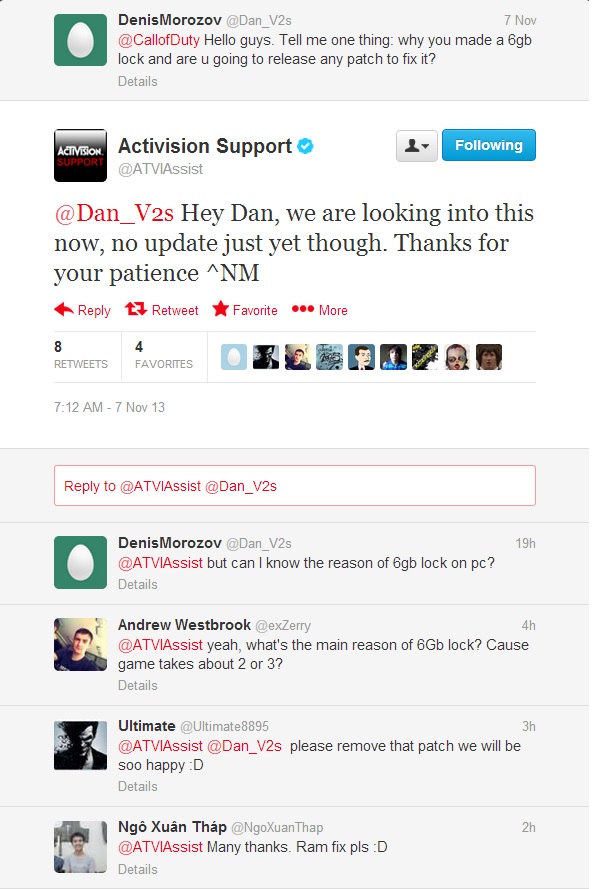 In our opinion, there will be an update for Call of Duty: Ghosts that will remove that hilarious requirement. We simply hope that this patch won’t be similar to the RAMFix that was recently released (in other words locking the Texture settings to normal and bringing more crashes to the table).

Here is hoping that Activision and Infinity Ward will sort it out sooner than later!