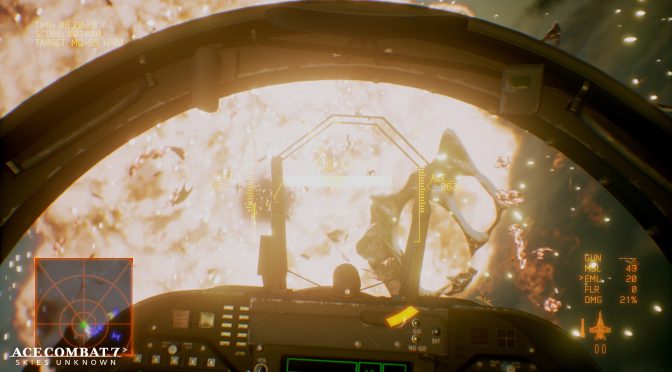 Ace Combat 7: Skies Unknown has just been released on the PC and while it lacks some PC-specific features, it runs extremely well. In 4K and on Ultra settings, our NVIDIA GeForce RTX2080Ti was able to push more than 60fps at all times.

In order to showcase the game’s performance in the first two single-player campaign missions, we’ve captured the following screenshots. As always, we’ve included MSI Afterburner in order to give a proper idea of how the game runs on the RTX2080Ti.

As we can see, Ace Combat 7 can hit more than 100fps in some scenes and frametimes are consistent. However, we do have to note that we had some trouble enabling 4K resolutions on our 1440p monitor (we had to set our resolution to 4K, disable Windows Resolution Scaling from the compatibility tab of Ace Combat 7’s executable file, and set our “Scale and Layout” to 100%).

Our PC Performance Analysis for Ace Combat 7 will go live later today (in which we’ll have results from more graphics cards). Suffice to say from what we’ve seen so far though that the game can hit 60fps on a wide range of PC configurations.