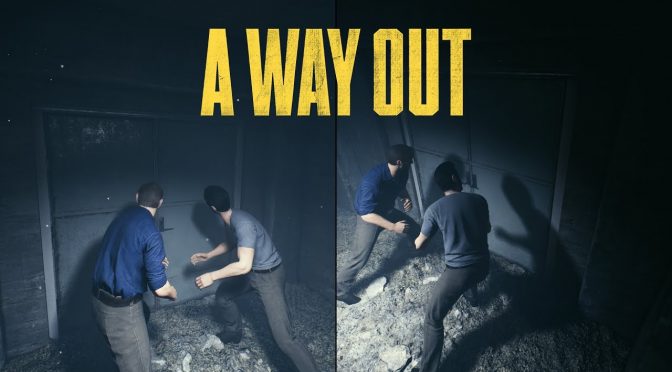 Hazelight has announced that its co-op adventure game, A Way Out, has sold one million copies worldwide. A Way Out came out on March 23rd and it took Hazelight 3 weeks in order to hit the one million milestone.

We just found out that #AWayOut has sold over 1 million copies, in just over two weeks! Words cannot describe how much this means to us. Thank you to all of you for your support!

Developed by the team behind the critically-acclaimed indie title, Brothers – A Tale of Two Sons, players will take on the role of Leo and Vincent in A Way Out and must work together through their riveting escape from prison and beyond.

A Way Out’s compelling split-screen story follows the relationship between the brash and cocky Leo, and the calm, cool and in-control Vincent; their distinct personalities changing the way players will be able to interact with their surroundings beyond the prison walls. From high-stakes stealth passages, intense brawls and shootouts, to co-op fishing and mini-games, A Way Out is an emotional cinematic experience filled with action-packed moments that are balanced by fun, unique gameplay to be discovered.

You can read our PC Performance Analysis for this title here.