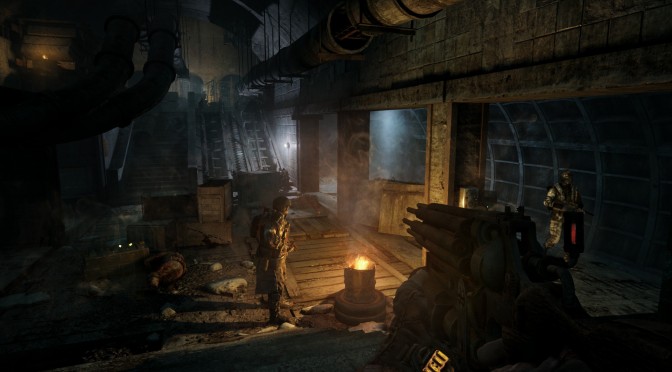 New information about 4A Games’ upcoming projects has surfaced during ITC’s (Ukrainian website) interview with Andrey Prokhorov. 4A Games is currently working on two new projects. One of them is set in the Metro universe, while the other one is a space shooter game that involves alien landscapes.

This new Metro game will be radically different from the previous parts of the series, and Dmitry Gluhovski (author of both Metro novels and games) is once again writing the game’s script. While ITC was unable to talk more about it (due to NDA issues), it described the game as really impressive.

The other, top secret, project that 4A Games is currently working on is a space shooter game that packs very unusual “design, structure and ideas.” Moreover, this new will pack alien landscapes, and it’s still in an early stage (so don’t expect it anytime soon).

What’s interesting here, is that these two new projects may very well run at 30fps on consoles (instead of 60fps like Metro: Last Light Redux and Metro 2033 Redux). This also means that they will be more detailed than the aforementioned two titles.

Speaking with Digital Foundry, Oles Shishkovstov, said that 4A Games’ designers want ‘more and more of everything (as usual) and quite possibly we will target 30fps.’