Earlier today, a dev from 38 Studios leaked three screenshots of Project Copernicus. Project Copernicus is the codename for an unparalleled MMOG entertainment experience set in a truly evolving fantasy world that is both warmly familiar and intriguingly unique. Think of it as an MMO version of Kingdoms of Amalur. That project sounded great and the following screenshots showcase a unique style. However, the fate of this project is currently at stake as 38 Studios laid off all of its stuff and Big Huge Games has been closed.

The following message was sent to all 38 Studios employees today and as you may have expected, it got quickly leaked and publicized in – pretty much – every gaming website and blog:

“The Company is experiencing an economic downturn. To avoid further losses and possibility of retrenchment, the Company has decided that a companywide lay off is absolutely necessary.

These layoffs are non-voluntary and non-disciplinary.

This is your official notice of lay off, effective today, Thursday, May 24th, 2012.”

What’s more interesting here is that according to Rhode Island governor Lincoln Chafee, the game failed commercially. In a press conference, Chafee said that the studio needed to sell three million copies of Kingdoms of Amalur: Reckoning to break even. Unfortunately, the game sold 1.2 million copies. And then Chafee called it:

Ouch. Ironically, a lot of gamers enjoyed Kingdoms of Amalur and its mechanics. In fact, you’d expect to see higher numbers as there was a lot of positive feedback. Seems that Kingdoms of Amalur was meant to share the fate of Shiny’s Sacrifice and Giants: Citizen Kabuto, two games that were astounding in every way but failed to meet commercial success.

Chafee then tried to explain the reasons behind 38 Studios’s closure by saying that that the company couldn’t give them the confidence of solid footing and that it’s also expensive to maintain the game once it’s released:

“If the company’s not going to be profitable and can’t give us the confidence [it can get] on solid footing, then we have to deal with the ramifications.

Industry experts tell us this is very, very expensive and it’s not only the cost of producing the game, but then maintaining it once it’s released, and then tens of millions of dollars to market it.”

It’s unclear what will happen with Project Copernicus and if it ever sees the light of day. Shame because it looked interesting. 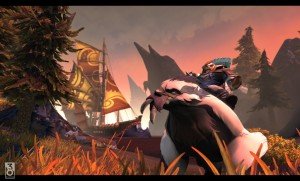 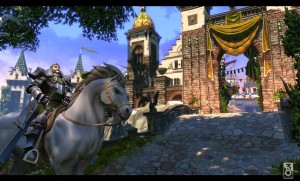 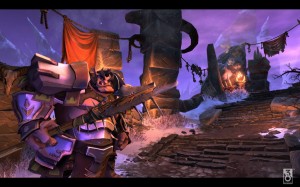