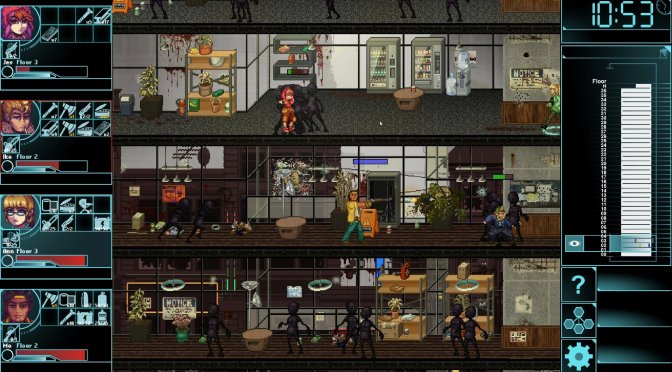 Assemble Entertainment and Solar Powered Games have announced that their survival RPG with heavy crafting elements, Highrisers, will release on May 6th. In order to celebrate this announcement, the teams released a new gameplay trailer that you can find below.

In Highrisers, players take on the role of one of four survivors, eking out an existence on the upper floors of an expansive skyline. Down below, in the dimly lit lower floors, infected Dreamers begin to gather, increasing in numbers every night when the sun sets and their aggression amplifies. Each survivor brings different skills to the table, which they’ll need to successfully engage in missions to the dangerous lower floors in search of weapons, supplies, gear, and most importantly: parts to repair the helicopter.