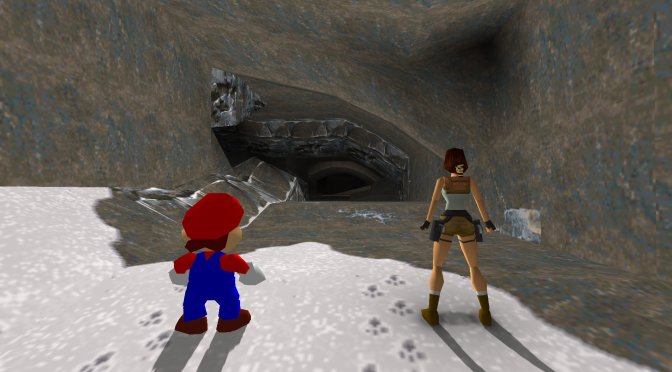 From what we can see, this mod uses OpenLara. In case you weren’t aware, OpenLara is a classic Tomb Raider open-source engine. OpenLara features some must-have QoL improvements over the original game. For instance, it unlocks the framerate, improves lighting effects, enables self-shadowing on all the player models, and more.

According to the modders, you can complete every level of Tomb Raider (and find all secrets) with Mario. From what we can see, Mario also has his iconic moves from Super Mario 64. As such, you can jump, dash and punch your enemies.

You can download the mod from here. Below you can also find some gameplay videos for it.