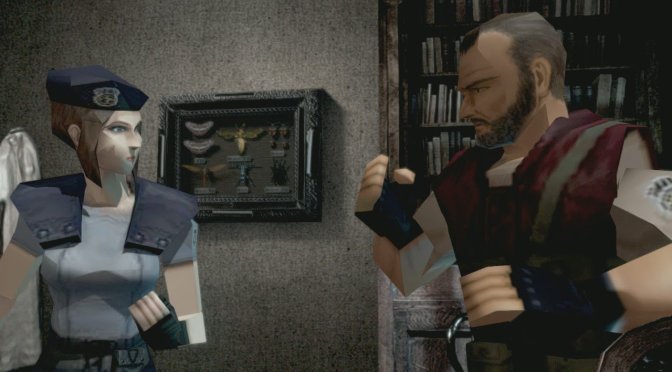 And we have just gone full circle. In 2015, Capcom released an HD Remaster of the Resident Evil Remake that originally came out on Nintendo Gamecube. And today, beardsvcgaming released a mod that makes the characters look like their classic 1996 versions.

Thanks to this mod, PC gamers can enjoy the polygonal characters of the original game. And, to be honest, it’s a pretty cool nostalgic mod. I’m also certain that younger players will appreciate it (that or they will vomit the moment they see the in-game characters).

You can download this demake mod from here. Below you can also find a video that showcases the mod in action, as well as an installation guide video.