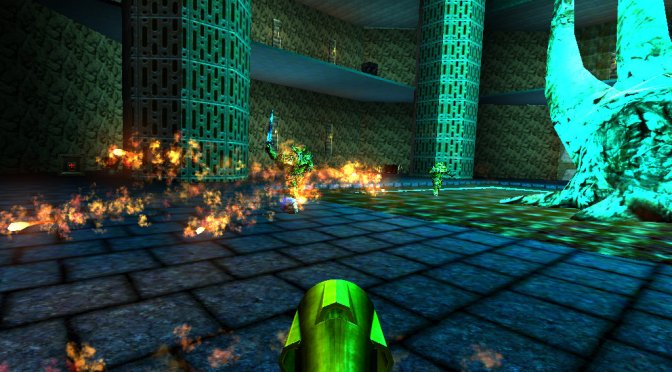 Remember the Quake 4 in Quake 2 Demake we shared last month? Well, modder TheMrBenpulido is back with a similar mod for the first Quake game. As the title implies, this mod demakes all of the Quake 4 levels for id Software’s classic Quake game.

The result is retro-cool, and I’m certain that a lot of old-school fans will find this cool.

You can download the mod from here. Do note though that you will need Darkplaces or QuakeSpasm in order to play it.