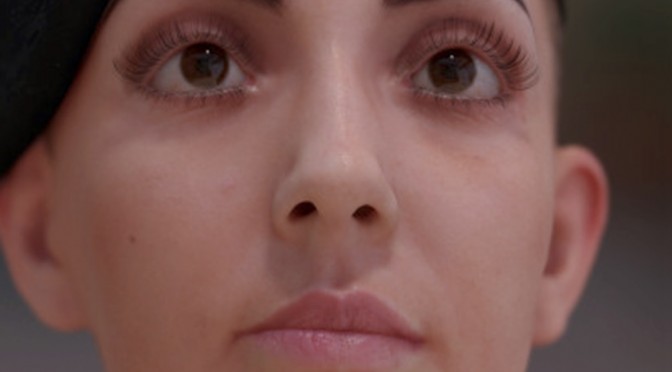 A couple of days ago, we had the pleasure of interviewing Károly Zsolnai, one of the people responsible for an amazing new subsurface scattering technique called Separable Subsurface Scattering (SSSS). We talked with Zsolnai about a lot of interesting topics regarding this new technique, as well as Ray Tracing in video-games. Enjoy the interview after the jump!

DSOGaming: Before we begin, please introduce yourself to our readers.

Károly Zsolnai: My name is Károly Zsolnai ( http://cg.tuwien.ac.at/~zsolnai/ ), I graduated from the Budapest University of Technology and I am currently a PhD student at the Technical University of Vienna, where I spend most of my time teaching and inventing new techniques for photorealistic rendering and real-time graphics. There may be an infinite number of parallel universes, but there isn’t one with a job better than this!

DSOGaming: Can you share more details about Separable Subsurface Scattering?

KZs: Most rendering techniques in computer graphics represent the surfaces of objects as triangle meshes, and compute the interaction between light and matter taking into consideration only these surfaces. However, in reality, light penetrates the surface of many different materials, enters their volumes and undergoes potentially thousands of scattering events before finally being absorbed. The visual appearance of materials such as skin, plant leaves, marble, porcelain, and many more are dominated by this effect that we call subsurface scattering (SSS). In the image below, the bottom right close-up shows the appearance of human skin without taking this phenomenon into account and the image above it showcases the full SSS simulation with our technique – you can see that the silkiness and smoothness of the skin is comparable to the outputs of photorealistic renderers.

However, this quality comes at a price: normally, one has to run a simulation tracing the path of many millions of photons to account for this effect. This would take hours for every frame which is prohibitively expensive for computer games. We were aiming for a technique that could produce comparable results in milliseconds. While I was working at Disney Research, it came to my attention that Jorge Jimenez (http://www.iryoku.com/) from Activision Blizzard was experimenting with a real-time SSS technique. It was clear that his idea had tremendous potential and we agreed to rework it in a more rigorous, scientific way, therefore a collaboration formed between Activision Blizzard, the University of Zaragoza, and the Technical University of Vienna.

DSOGaming: What makes it stand out from other Subsurface Scattering techniques?

KZs: We tried to come up with a technique that is adhering to the laws of physics while still offering a lot of options for the artists to control the result of the simulation. We ended up with a remarkably simple algorithm that requires no intrusive changes to the rendering pipeline and simulates SSS for all kinds of translucent materials.

KZs: The algorithm only needs a fraction of a millisecond to process an entire full HD frame. One of my computers with an old NVIDIA card runs our demo with more than 100 frames per second, it runs well on pretty much anything! 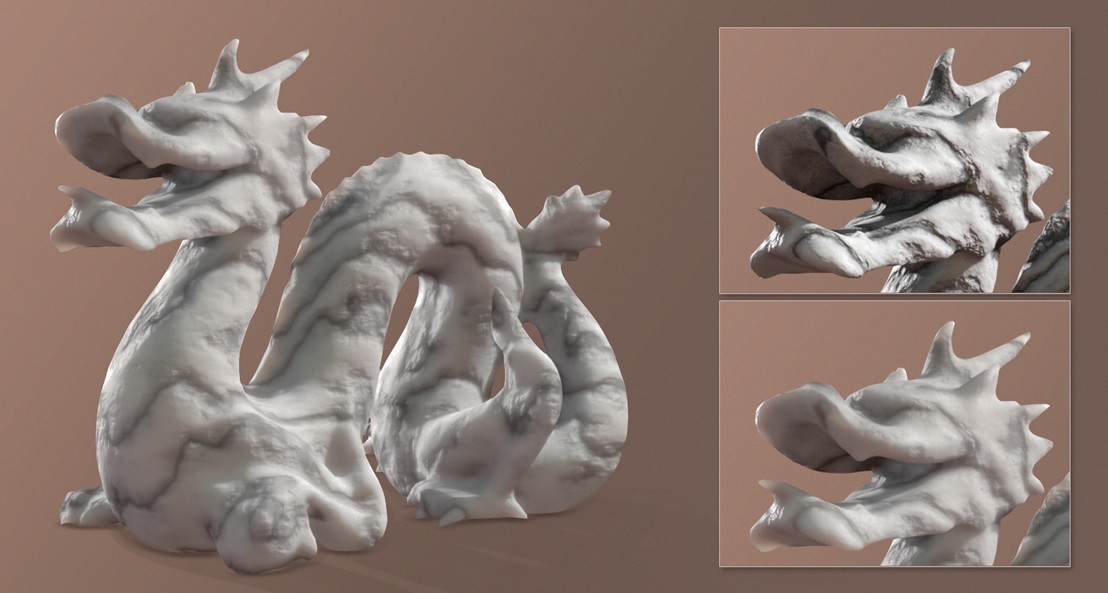 KZs: We sought a solution that works in image space, i.e., on an already rendered image, which can, similarly to FXAA and SSAO, add these subsurface scattering effects in a simple post-processing step. The final algorithm is remarkably simple and can be added to any rendering engine out there with ease. In fact, to demonstrate how simple it is, with my student, Christian Freude, we’re currently implementing it in a 4k binary executable – this means that all the instructions of the program could be printed on a business card. We have also made the source code of the algorithm freely available for everyone to download and experiment with. We believe it has all the right ingredients to show up in many future computer games!

DSOGaming: What were the troubles of developing such a technique?

KZs: In every studio, artists have their own tools and workflows they are used to – it’s not enough to come up with higher quality results anymore, it has to suit their requirements as well. This is a challenging problem as artists are often looking for non-physical changes to fit the artistic direction of the project they have at hand, while scientists only accept physically based solutions. We were looking for something that would satisfy both ends of the spectrum. To this end, we have developed multiple variants of the algorithm: one of them can be mathematically proven to yield physically correct results, where others start out with a physically based solution and offer many degrees of freedom to the artists to modify the final image.

DSOGaming: Speaking of new techs for video-games, what’s your opinion on Ray/Path Tracing?

KZs: There was a SIGGRAPH course last year with a very telling name: “Ray tracing is the future and ever will be”. Ray tracing is a top-down approach where all aspects of light transport are simulated at once – no additional techniques are required to add shadows as the algorithm outputs how objects would look in physical reality. It is, however, at the moment, prohibitively expensive for real-time applications. Most computer games use rasterization instead, which is a bottom-up approach where every single effect, such as depth of field and antialiasing, has to be hand-crafted. This leaves room for clever hacks and cutting corners with very effective techniques – however, using too many of these substantially increases the complexity of a graphical engine, making it difficult to maintain. Crassin et al.’s Voxel Cone Tracing (https://www.youtube.com/watch?v=fAsg_xNzhcQ) is a hybrid approach that offers sophisticated light transport effects, such as indirect illumination at an affordable price. Until Moore’s law kicks in a bit more in favor of ray tracing, I expect the prevalence of such hybrid techniques.

It is always worth looking around what’s out there – as long as there are people in light transport research like Marcos Fajardo, Jaroslav Krivánek, Jan Novák, Wojciech Jarosz, Toshiya Hachisuka, Anton Kaplanyan and Wenzel Jakob, great strides in the near future are guaranteed.

KZs: I would like to thank Michael Wimmer for this incredible opportunity – I am now able to work every day on what I love the best: computer graphics! Also, DSOG is an excellent resource to catch up on the newest advances in the gaming industry. Be sure to check it out every now and then. Thank you!