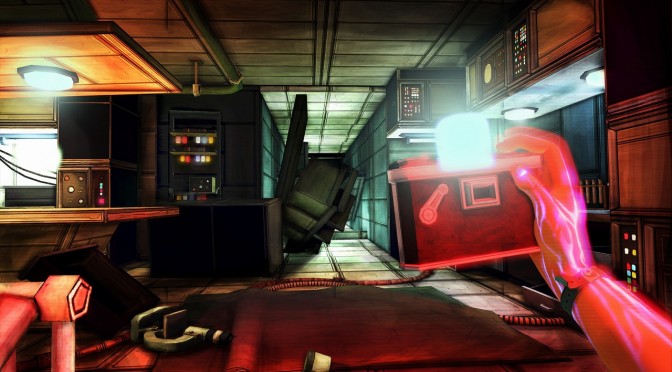 White Paper Games has provided us with a review code for Ether One, and you can read our first impressions of it below. Ether One is described as a first person adventure game that deals with the fragility of the human mind. Basically, think of it as an indie first person adventure puzzle title with cel-shaded visuals, powered by UDK.

Given its indie nature, we think there is no point analyzing its visual fidelity. White Paper Games was clever enough and implemented a cel-shaded look to it, resulting in pleasant visuals that lack detail in a lot of places. This obviously means that Ether One will not impress you with its tech, despite the fact that artistically the game looks great. Although the available graphics options are minimal, White Paper Games has implemented a FOV slider, an option to reduce head bobbing, as well as a number of FPS lock options (fear not PC gamers, you can also leave the framerate completely unlocked).

Ether One is an enjoyable adventure puzzle game. Although the game suffers from what I hate about adventure puzzle games (linear solutions, invisible walls, restricted ability to explore the environment and solve something via a different path, etc.), it sports a unique story and concept.

I won’t spoil the storyline, but here is what happens. You are someone who tries to solve puzzles by entering the mind of patients so that you can restore life changing events of the patients history in order to help the validation of their life.

So, do we recommend Ether One or not? The answer is yes. Ether One comes in two versions (Standard and Deluxe). The Standard version will be priced at $20; a price we feel is ideal for this title. While Ether One is restricted (gameplay wise, though this is an issue with the entire genre and not with the game in particular), its concept and its art style captivated us. Ether One brings something ‘different’ to the table as we’ve been bombarded by the same games over and over again in the past couple of months. And that’s something we value. Moreover, the puzzles themselves are not that hard to solve, at least during the first two hours, meaning that they won’t frustrate you (much).