Modder MaLDo is preparing the next version of his MaLDoHD texture pack and decided to experiment with various techniques. MaLDo is taking advantage of parallax mapping for the asphalt texture and what’s really interesting here is that MaLDo made a comparison between the original texture, the 2Kx2K version of his custom made texture, and an extreme 4Kx4K version of it. Let’s take a look at them now, shall we? 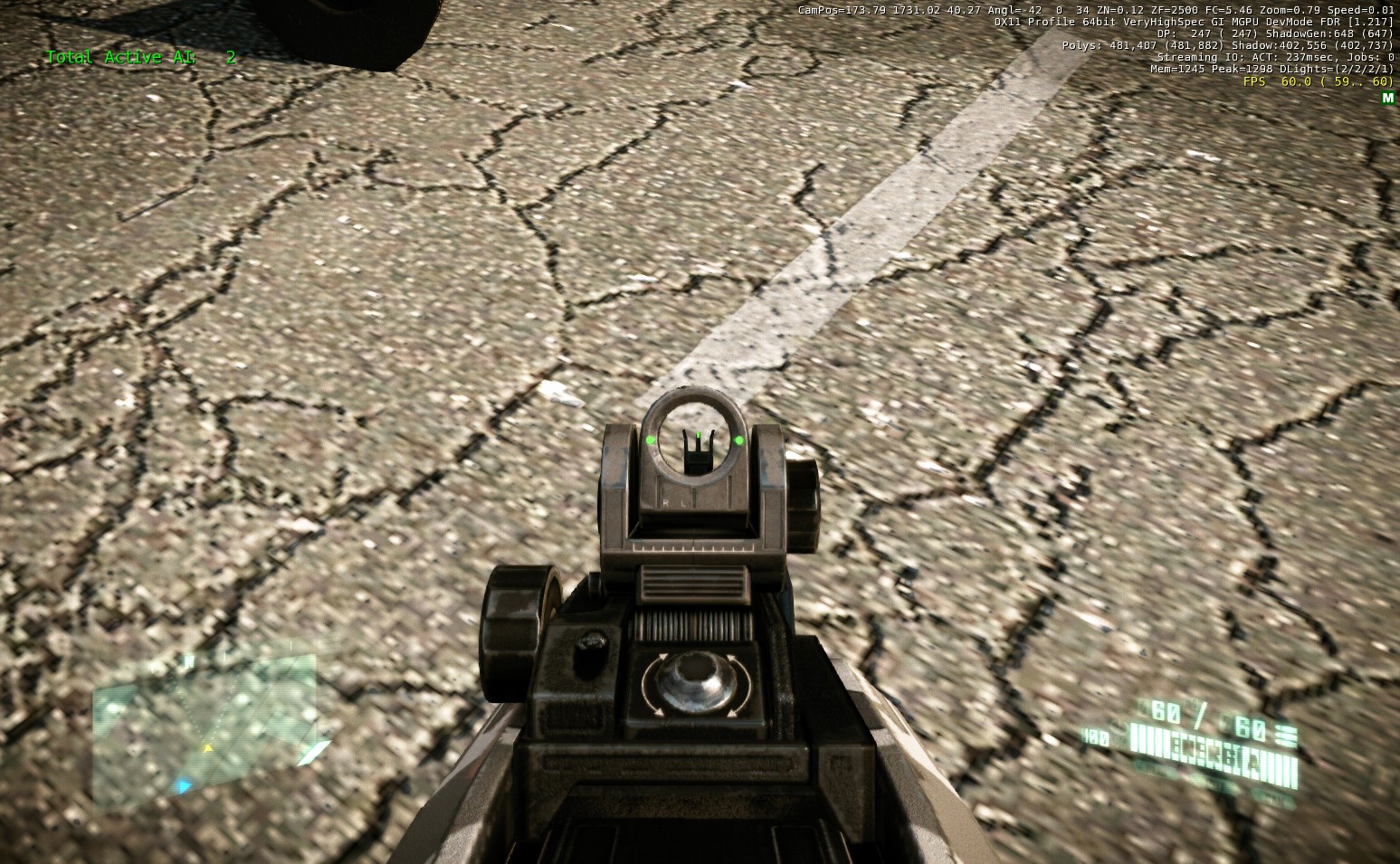 As you can see, the texture is… well, blurry. This is the original texture that was used in Crysis 2. Although the texture is ideal for graphics cars that are not equipped with huge amounts of vRam (or consoles), it does not look good even when light is casted on it. Make no mistake, this is not a random texture. It is repeated and use in lots of places and looks as bad as those rock textures in Crysis 1. 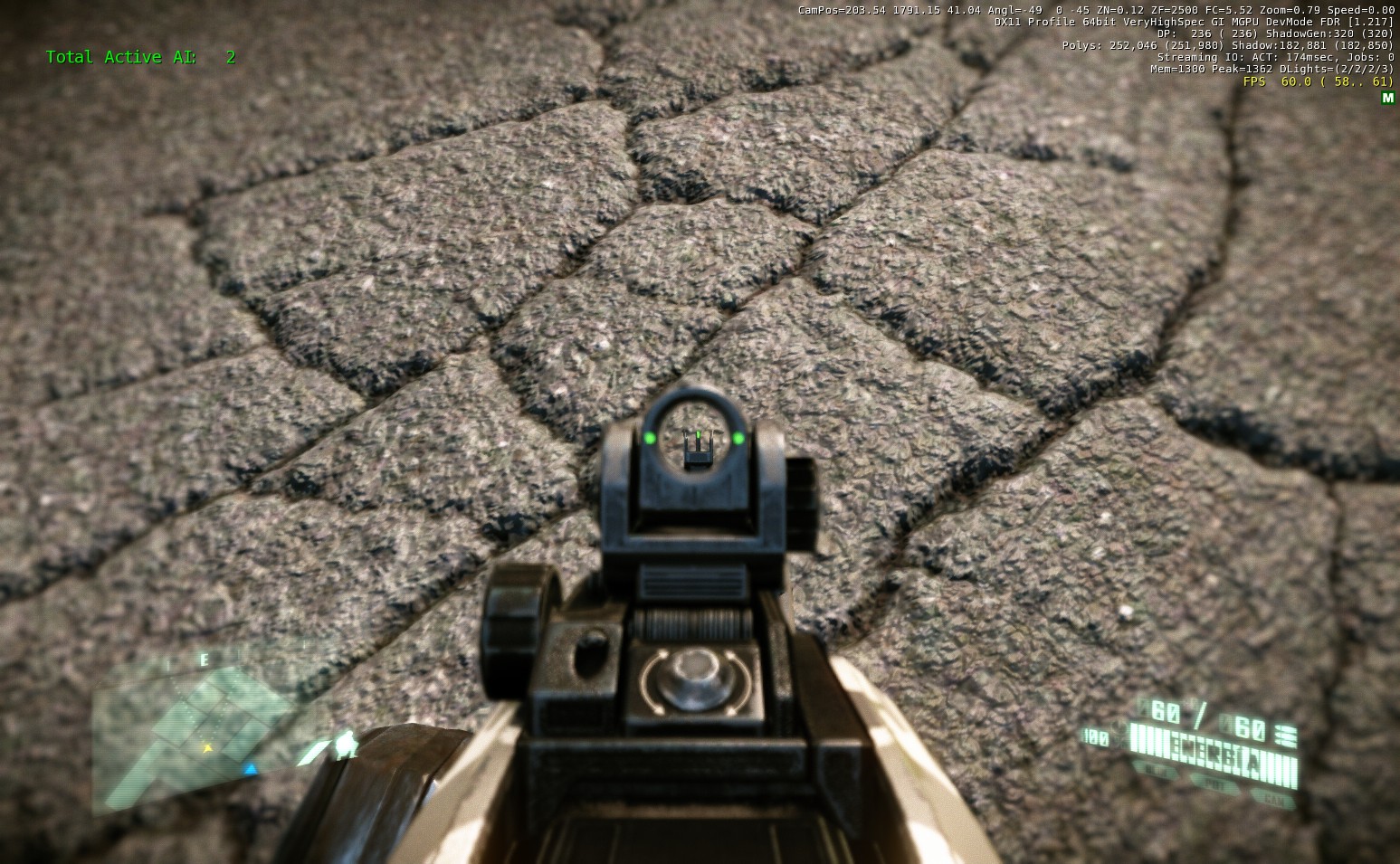 Let’s take a look at MaLDo’s custom made texture. This is a 2Kx2K texture and as we can see, it looks way better than its original version. There is also POM applied to it, which gives it a ‘bumpy’ look and feel. However, it still looks slightly blurry and an important amount of detail has been lost. 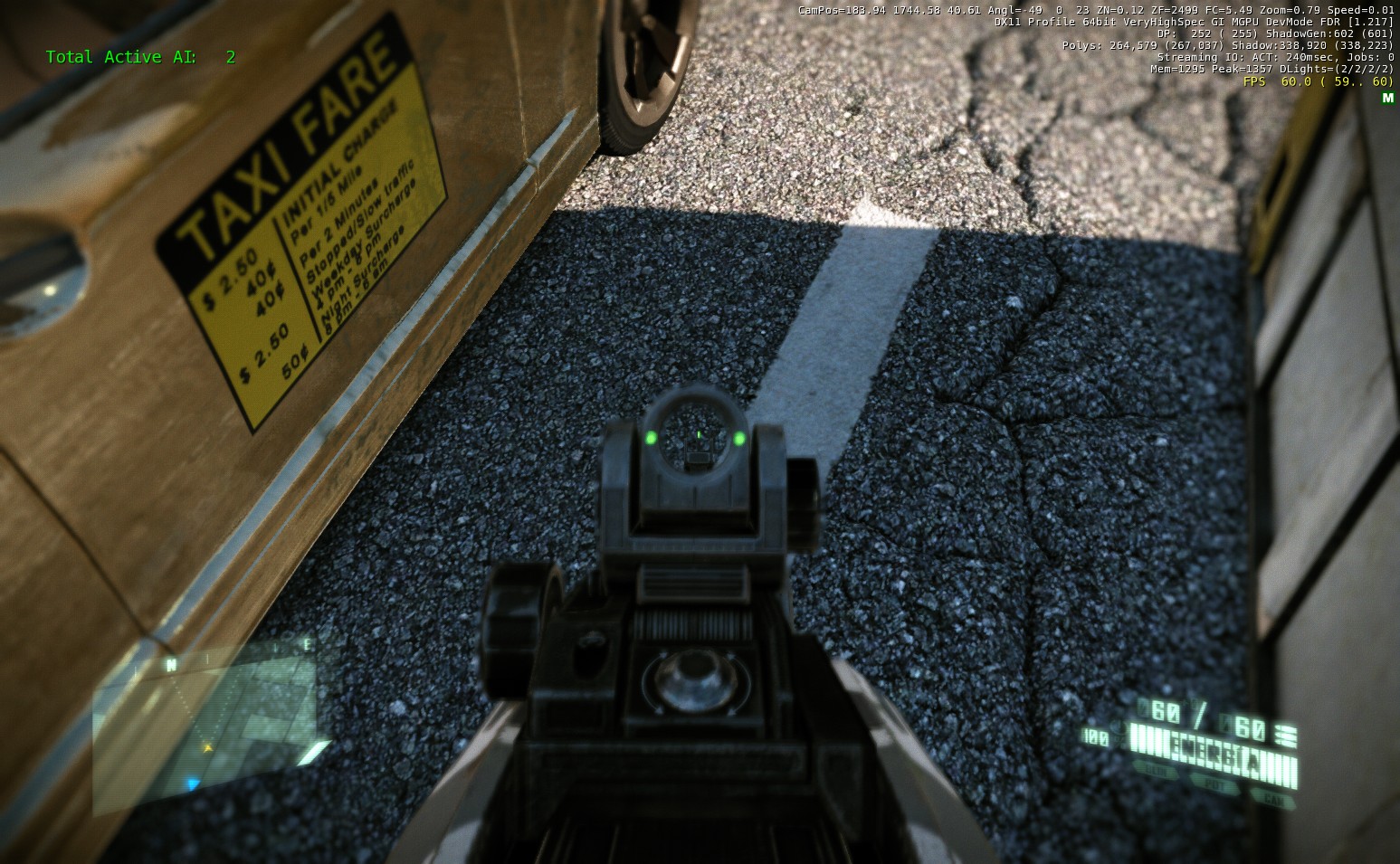 Let’s look now at the 4Kx4K version of the asphalt texture. Bang. Behold and enjoy the beauty of crisp textures. MaLDo decided to capture a screenshot in a shadow-y place and as you can see, the texture looks crisp even when the light is not casted on it (and when diffuse or specular maps are not kicked in). Now this is the image fidelity we want in our games. But how does this extreme 4Kx4K texture compares to the 2Kx2K version? Here is a comparison. The 2Kx2K version is on the left, whereas the 4Kx4K version is on the right. 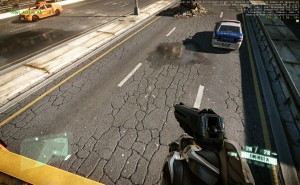 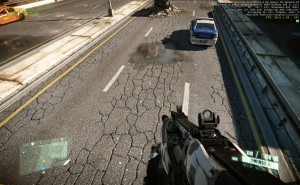 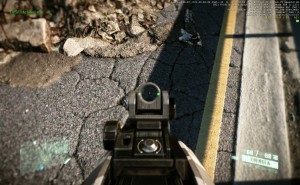 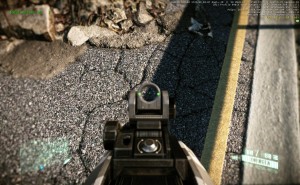 Most developers these days, use small textures in repeated patterns to ‘dress’ the surfaces of their games. In order to understand what we mean, imagine a surface of 1Kx1K. Obviously, some would thing that a 2Kx2K version would fit perfectly in that surface (and would offer a good IQ). In fact, that’s what iD’s MegaTexture was going for, but there are other limitations to the MegaTexture technology. Most modern engines, however, do not work this way. What most developers do is use three, four or even more textures (of a relatively lower resolution). Those textures have also been compressed in order to further lower their actual size. This is the best way to avoid the vRam limitation, while at the same time maintain a good looking game. Environemnts may look repetitive after a while though, especially if developers decide to re-use their assets.

All in all, it’s about time we got higher quality textures. Lets just hope that the next-generation of consoles will come with more RAM and developers won’t be limited by such things!