It’s been one hell of a week so far for Metal Gear Solid fans. I mean, everyone was expecting to hear or see something about Metal Gear Solid: Ground Zeroes at this year’s VGAs and then, out of nowhere, Moby Dick Studios emerged with some footage from an unannounced game that looked so similar to what Kojima showcased a couple of months ago. Same lighting effects, same engine, same protagonist. Could this be a coincidence?

We decided to remain silent for a bit and gather every possible information about this project. And more than that, as you can find below hints about a possible PC version, hints indicating that Psycho Mantis was present at The Phantom Pain trailer and some hidden messages from the game’s official website.

Let’s kick off with what most of you already know: The Phantom Pain looks like a MGS game. Back when MGS: GZ was making its debut, Kojima and his team released a poster that included the following message: “From ‘FOX’ two phantoms were born“. Our guess is that this is a hint about to separate games, taking place in MGS’ universe that are powered by the FOX engine. 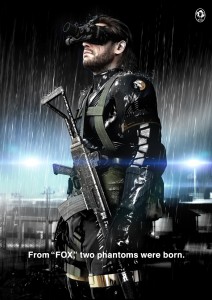 Now this could also mean and something more than that, as the trailer of The Phantom Pain includes two characters who could be considered as phantoms. These are no other than Big Boss/Snake/Liquid and the man with the burned face. Ironically, this particular character was seen saying – on MGS: GZ’s trailer – something about a pirate. And given the fact that our main character in The Phantom Pain has lost his arm and has an eye-patch, we can easily connect them. 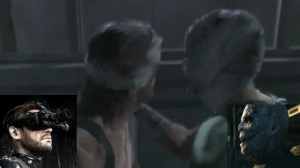 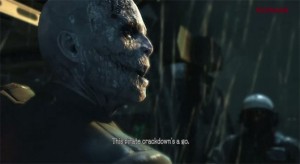 What’s also interesting here is that the main character – or the one that was shown in its trailer – of The Phantom Pain could very well be Liquid Snake. In case you forgot, Liquid had lost his right arm. But the man we see here has lost his left arm, right? Well, Moby Dick may have mirrored the entire trailer in order to fool everyone. This is a bit of stretch, but let’s not forget that Kojima did the very same thing with the poster for Metal Gear Solid: Ground Zeroes.

During the trailer we also see both Snake/Big Boss and Psycho Mantis. During the burning scene, a character is shown at the background. By upping the image’s brightness and contrast levels, NeoGAF members have managed to reveal the character who is no other than Snake/Big Boss. Or at least that character wears the exact same suit as the one that was demonstrated in the Ground Zeroes trailer. Moreover, during the last scene we can clearly see a figure/character floating on air. And this character does remind us of Psycho Mantis, as this was exactly how that character was floating on air in the first Metal Gear Solid title. 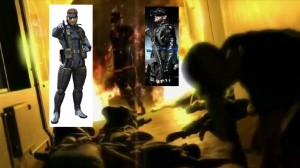 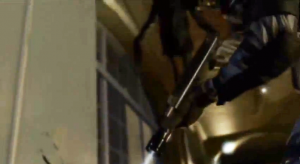 There are even more hints that connect The Phantom Pain with a MGS game. The logo itself had a hidden message which could read Metal Gear Solid V. A character similar to Volgin was present at the trailer, as was the horse for Big Boss. Soldiers weared the same kind of gear, flower pedals came out of nowhere while our character was on the hospital bed that reminded us of MGS3, the main character has the same facial scars as Snake/Big Boss. 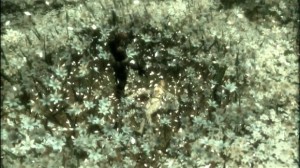 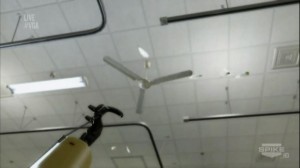 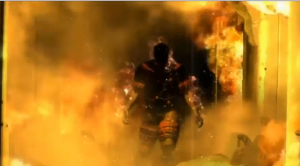 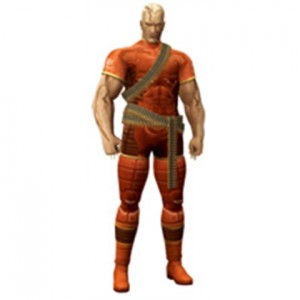 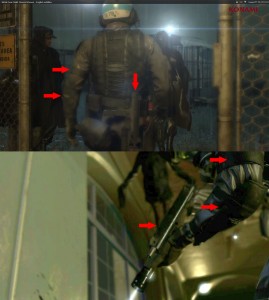 Oh, and remember that car accident scene? Well Kojima himself had tweeted an image from that sequence a while back. What are the odds of Kojima posting that particular shot when The Phantom Pain had not even announced? And why does Joakim Mogren feels like a ‘fake’ Kojima name? Apologies to Joakim if he is a real person, however his name seems like an anagram for Kojima and there is the word ‘ogre’ in his last name, a word that brings us back to Kojima’s Project Ogre. Moreover, his image profile looks a lot like a photoshopped version of Kojima himself. 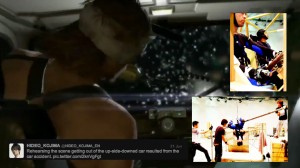 The Phantom Pain is said to be developed for current generation consoles, though the footage that was shown was running in real-time on hardware equivalent to current generation consoles. Does this ring any bell? Yeap, it was the same phrase that was used for Ground Zeroes trailer, meaning that The Phantom Pain was running on a PC system. Could this mean that both The Phantom Pain and Ground Zeroes will get released on the PC platform? Sounds possible. Not only that, but Joakim Mogren tweeted that the game will support traditional controllers, Kinect PSMove and keyboard + mouse. We should note that this Twitter account is filled with various trolling messages, so take this with a grain of salt.

According to Joakim’s account, we’ll be also getting a second trailer soon, as well as a big announcement. Again, this seems like trolling messages (especially the second trailer as it is said that it will be aired at random time on Spike), so take them with a grain of salt.

And now moving on to the official viral website of The Phantom Pain. This website features some hidden messages, that could possibly be decrypted by fans. The first message comes from the highlighted words of ‘PERCEPTIONS, EXPERIENCES and REMOVAL’. A theory suggests that the last letters from this words are the first letters of Snake, Solidus and Liquid. That’s a stretch though, therefore we don’t think that this is the real deal or the message that Moby Dick wanted to pass.

On the other hand, the source code of the website features this hidden message: “Pain had not been completely eliminated, but the intensity had been reduced by over 50% and the burning component had completely vanished (Bittar et al., 2005).” This message – at first glance – references to this. Now the big question is whether this hint features any ARG that fans have not figured out yet.

All in all, it’s pretty obvious that The Phantom Pain has a lot in common with the MGS games, and could possibly be Metal Gear Solid V. We’ll be really shocked if this game is not powered by the FOX engine or if it’s not a game set in MGS’ universe (unless of course this is a viral marketing for Ground Zeroes).

So stay tuned for more!