A while back, we informed you about the day-one DX11 support of Crysis 3. Naturally, PC gamers were a bit sceptical about it as Crytek had stated that very same thing for Crysis 2. However, things are a bit different this time around as the studio is currently focusing on the DX11 features of CryEngine 3. During this year’s E3, Crytek held a VIP tech presentation in which they showcased the DX11 features that will be implemented in CryEngine 3.

You can find below the entire Tech document from Crytek’s VIP E3 2012 Presentation that was leaked online a couple of minutes ago. Crytek talks about a new displacement mapping technique – called Pixel Accurate Displacement Mapping – that gives CryEngine 3 the ability to render massively detailed geometry with no visible polygon edges, without the need for tessellation.

Crytek is also using a new shadowing system – called variable penumbra shadows – to achieve the effect which varies the penumbra of the shadow based on its distance to the light caster. Basically, think of it as a dynamic shadow softening technique.

Vegetation has also been improved, as the new version of CryEngine 3 can display massive amounts of vegetation to move and simulate based on physical forces within the world. Not only that, but CryEngine 3 can now simulate individual blades of grass interacting with the player, AI, objects and even explosions and wind. 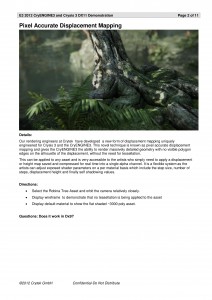 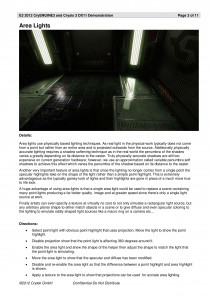 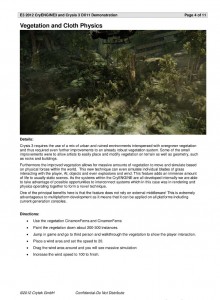 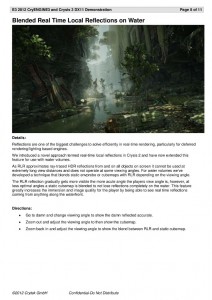 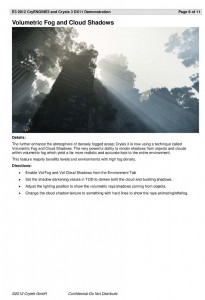 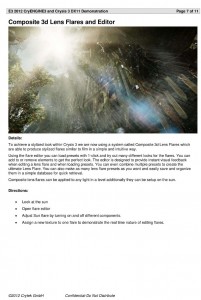 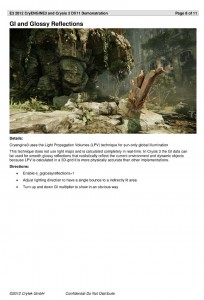 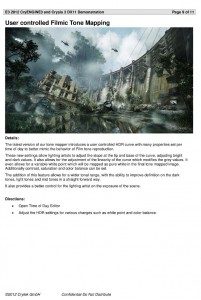 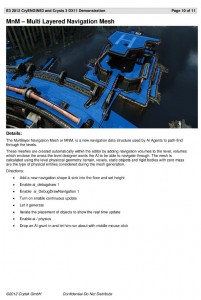 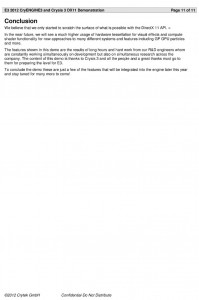