MachineGames and NVIDIA have released a new patch for Wolfenstein Youngblood that adds support for real-time ray tracing effects. MachineGames has used Ray Tracing in order to enhance the game’s reflections. Moreover, the game now support NVIDIA’s DLSS tech. As such, it’s time to benchmark these new effects and see how the game runs.

The NVIDIA RTX2080Ti can run the new Ray Tracing effects with 60fps at both 1080p and 1440p, without even using DLSS. In 4K, we got a minimum of 41fps and an average of 55fps. Do note that the minimum framerates are mostly due to some stuttering issues. Furthermore, our framerate was locked at 144fps for some reason. 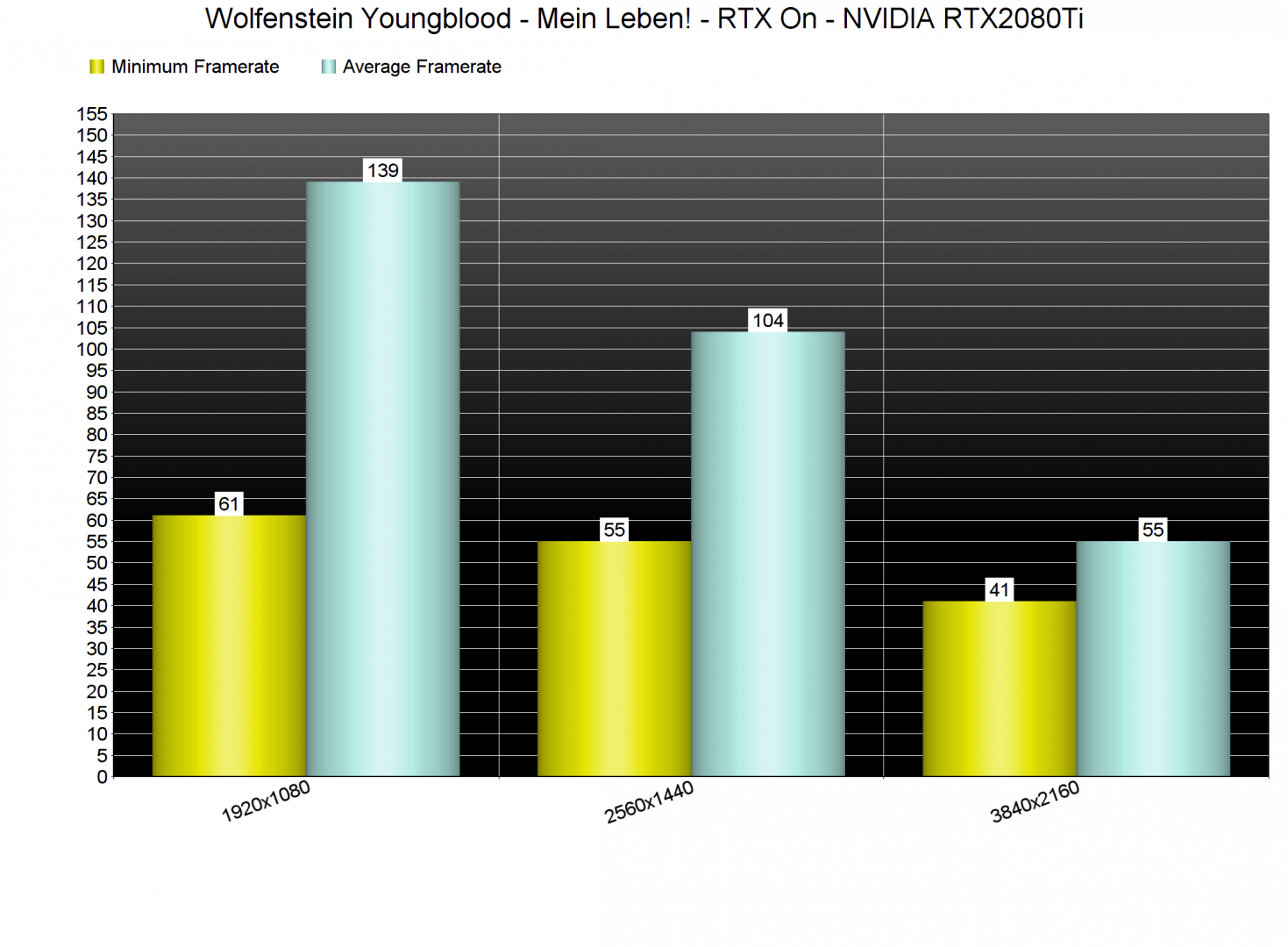 Now we should note that Wolfenstein: Youngblood was one of the most optimized PC games of 2019. For instance, the game was running with a minimum of 90fps and an average of 102fps in 4K/Ultra. As such, we are experiencing an almost 50% performance decrease by enabling these new Ray Tracing reflections.

As said, the game also supports DLSS. By enabling it, we were able to get a 60fps experience in 4K and with Mein Leben! settings. Thankfully, DLSS does not blur the whole image and appears to be working pretty good in this title. We did notice some additional aliasing in some reflective areas. However, and for the most part, DLSS looks great. 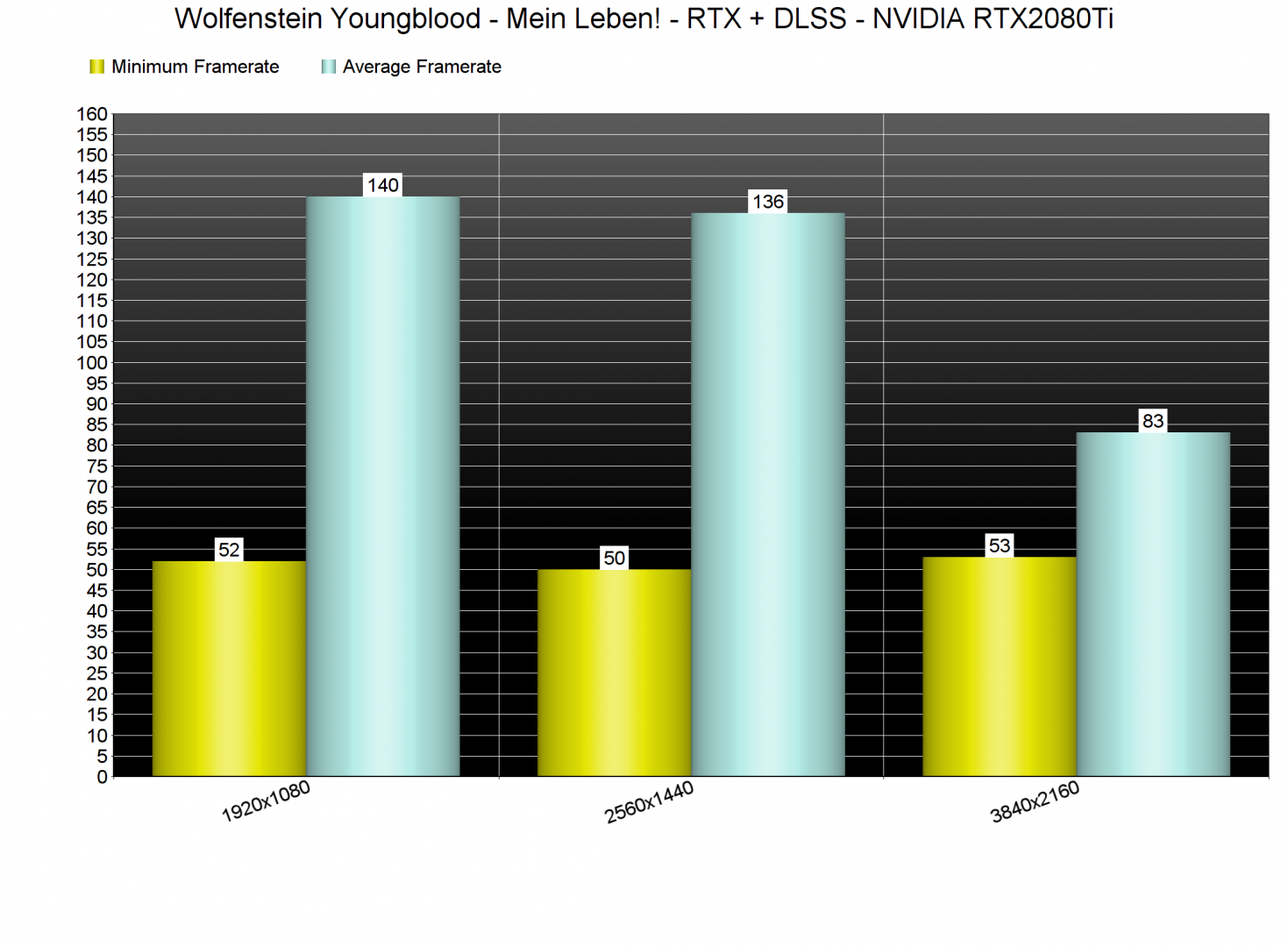 All in all, owners of the RTX2080Ti graphics cards will be able to run the game with its RTX effects at both 1080p and 1440p. For gaming at 4K, you’ll have to enable DLSS. Still, and given the fact that only the game’s reflections have been overhauled, I don’t really find these new RTX effects cool. Yes, we can now have better reflections than before. However, this is a fast-paced shooter and most of the time you won’t bother paying attention to them. In my opinion, MachineGames and NVIDIA should had used RTX in order to enhance the game’s shadows and global illumination effects.

Below you can find some screenshots we captured at 3328×1872 on Mein Leben! settings!