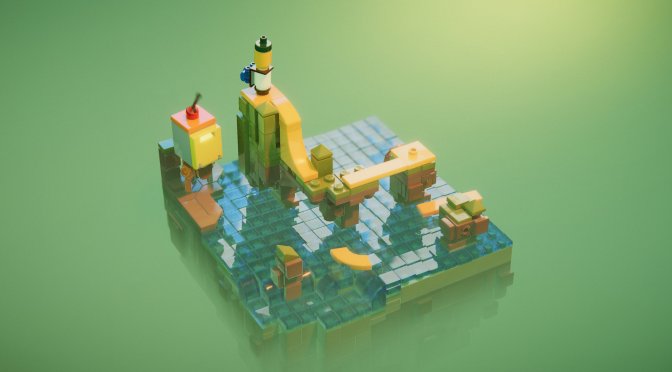 LEGO Builder’s Journey supports ray-traced Ambient Occlusion, Global Illumination, Reflections, and Shadows. Since the game does not have any built-in benchmark tool, we used the second level for our benchmarks. That level uses all of the RT effects (included RT reflections which are not present in some levels), meaning that it was one of the most demanding scenarios.

Thankfully, the game uses DLSS 2.2 so we strongly suggest using it. As we’ve already reported, DLSS 2.2 is the latest version of DLSS and brings some improvements over DLSS 2.0.

Surprisingly, though, LEGO Builder’s Journey does not support a DLSS Ultra Performance Mode. Instead, it supports Performance, Balanced, Quality and Auto.

As always, we suggest using the DLSS Quality Mode as this mode offers the best image quality. By using this mode, we were able to run the game with more than 60fps at 1440p/High Settings. At 4K/High, we were getting 37fps. 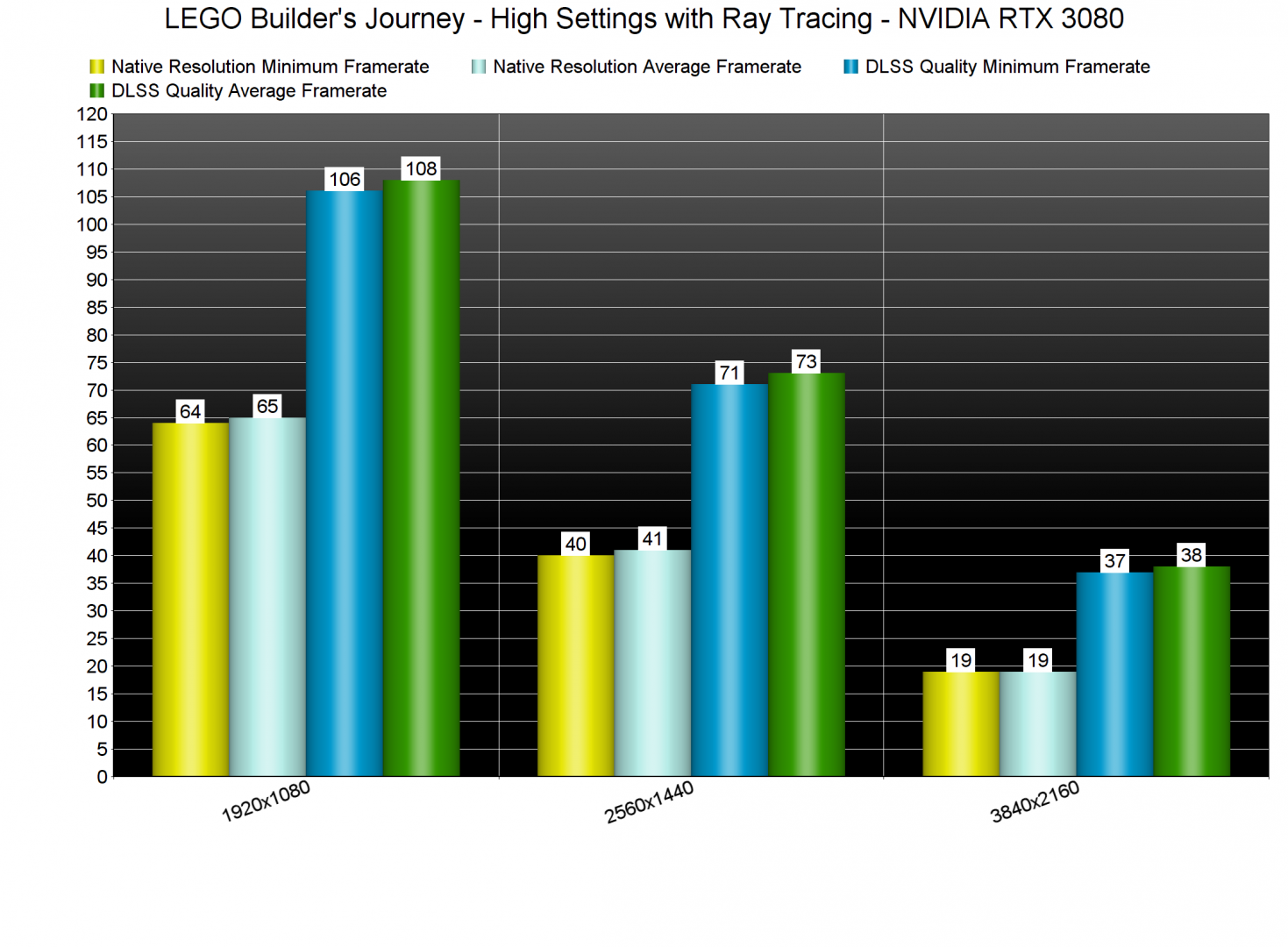 What really puzzled me with LEGO Builder’s Journey was the performance of its non ray-traced version. Theoretically, the game should run blazingly fast without its Ray Tracing effects. However, in the first three-four levels, performance was almost similar. In the later stages, we saw a 10fps performance increase. Still, and given how may RT effects the game uses, the overall performance difference between the RT and the non-RT versions is as underwhelming as it can possibly get.

Graphics-wise, LEGO Builder’s Journey looks amazing. The LEGO pieces look awesome, the game has high-resolution textures, and it looks really, really cute. And, thanks to its Ray Tracing effects, the game can sometimes feel like a CG LEGO movie. Seriously, there is nothing to complain about here; from the way the lighting reacts to the materials to the reflections and shadows, everything is top-notch. LEGO Builder’s Journey is the best-looking puzzle game to date.

All in all, LEGO Builder’s Journey looks amazing with its Ray Tracing effects. Those interested in playing it with 60fps will have to enable DLSS 2.2, otherwise, it won’t be possible to achieve 60fps at 1440p/High. Unfortunately, 4K/60fps with RT is not possible, even with DLSS Performance Mode. My guess is that an RTX 3080Ti should be able to come close to it though. Also, and since this is a puzzle game, some may find it acceptable to run it at 30fps. For me, though, 60fps is a must, even in this game.

Lastly, I’m really puzzled by the game’s performance when all of its Ray Tracing effects are disabled. Light Brick Studio will have to take a look at this as the game should run WAY better when all of its Ray Tracing effects aren’t active. Again, I don’t know what is going on here. Without RT, though, an RTX3080 should have no trouble running it with more than 60fps in native 4K. And, right now and even with DLSS Quality Mode, the non ray-traced version runs with only 56fps (with some levels dropping to even 36fps).

Below you can find some comparison screenshots between the ray-traced and the non ray-traced versions of LEGO Builder’s Journey in 4K/High with DLSS Quality Mode. I’ve also included MSI Afterburner in order to give you an idea of the performance differences between them.