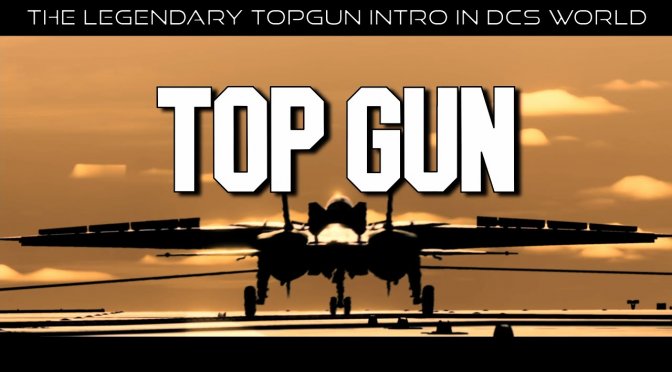 The Top Gun intro is one of the best movie intros I’ve ever seen. It’s a classic and will never get old. Its theme is iconic and I can keep listening to it for hours. So when I saw this faithful remake of its intro in DCS 2.7, I was shocked and impressed. This is by far one of the best recreations I’ve seen, and I had to share it with you.

This recreation only features in-game assets from DCS 2.7. And Fox2 Productions was able to perfectly time everything. The camera shots are almost identical to those of Top Gun. And yes, it has that memorable “low/under cam viewpoint” when the plane takes off.

Now unfortunately we haven’t heard anything about a new Top Gun game. The only thing we’ll get (when the movie comes out) is a DLC for Microsoft Flight Simulator.

Now I’m going to re-watch this movie as this remake reminded me how cool it was. Damn you all with your need… the need… for speed.

The Legendary TOPGUN Intro Inside DCS 2.7