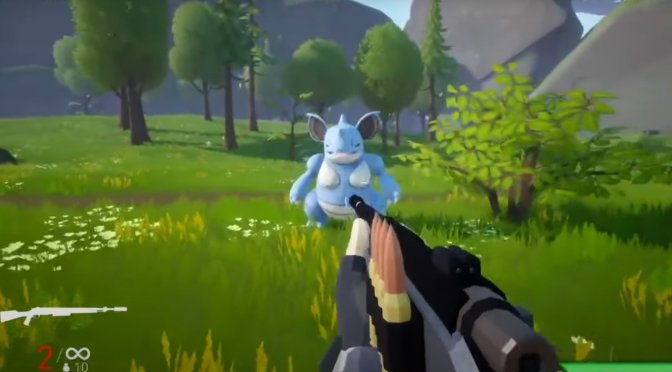 YouTuber ‘Dragon’ has created an amazing first-person shooter based on the Pokemon franchise. The YouTuber shared a video from it earlier this month, however, the Pokémon Company International was quick to react and took it down. Thankfully, though, MKULTRA Support has re-uploaded it.

Unfortunately, there is no way to download this fan game. My guess is that the Pokémon Company International will also take this video down, so be sure to watch it while you still can.

Speaking of Pokemon fan games, we suggest downloading Pokemon The Legend of RED. This fan game is quite unpolished, so you should temper your expectations.