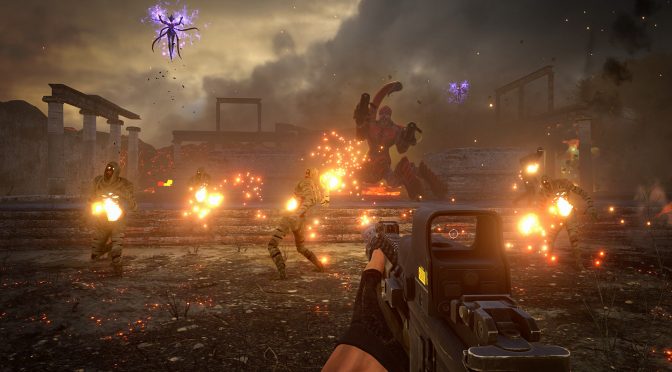 Devolver Digital and Croteam have released the story trailer for Serious Sam 4. This trailer will also give you a glimpse at the game’s graphics, so be sure to watch it.

In Serious Sam 4, humanity is under siege as the full force of Mental’s hordes spread across the world, ravaging what remains of a broken and beaten civilization. The last remaining resistance to the invasion is the Earth Defense Force led by Sam “Serious” Stone.

Serious Sam 4 is a high-powered prequel to the legendary FPS series that scales up chaos to unprecedented levels. The game promises to feature an unimaginable number of enemies, requiring players to circle-strafe and backpedal-blast their way out of impossible situations.

The game releases on September 24th, and you can find its PC system requirements here. Devolver has also provided us with a review code, so expect a PC Performance Analysis at launch day.