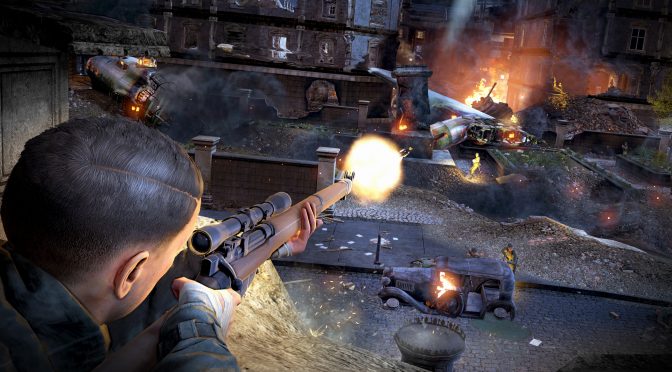 Rebellion has released a brand new video for Sniper Elite V2 that compares the original with the upcoming remastered version. Sniper Elite V2 Remastered will feature enhanced graphics and this comparison video will give you an idea of the new implemented features.

Alongside the improved visuals, Sniper Elite V2 Remastered will include all the DLCs that were released for Sniper Elite V2, will come with new playable characters and will sport a frame-by-frame photo mode.

Sniper Elite V2 is set in the dying days of World War Two and is a next-generation reboot of 2005’s acclaimed original, Sniper Elite. The game weaves an explosive story of an undercover American OSS agent, stalking enemy prey across key historical locations from the Battle of Berlin in a mission to unravel the mysteries and dangers of the German V-2 rocket programme.

This remastered version is coming to the PC on May 14th!