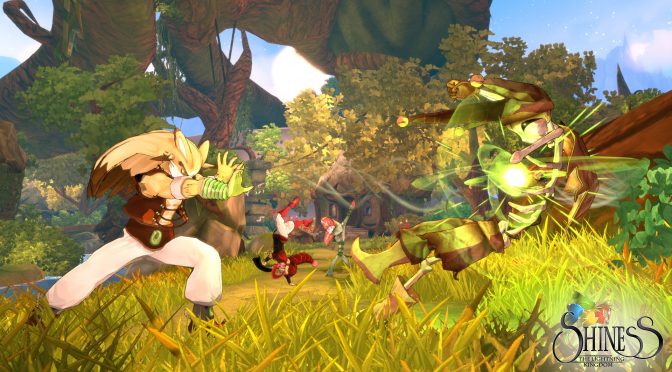 Focus Home Interactive has released the Gamescom 2016 trailer for Enigami’s action RPG, Shiness: The Lightning Kingdom. This trailer reveals more about the story of Shiness, chronicling the journey of a young Waki, Chado, who has left his home in search for the mythical “Land of Life”.

In Shiness: The Lightning Kingdom, players will explore a new world and battle enemies in intense 1 versus 1 duels by combining fighting game mechanics with magic, quests, and a fantasy adventure.

The game is planned for release at the end of this year.