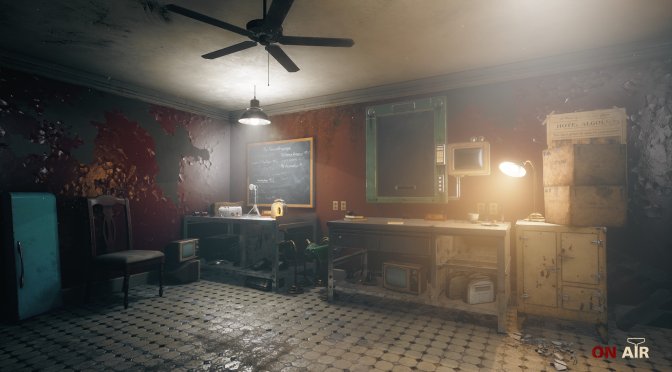 RainStyle Games has released a new Ray Tracing trailer for its upcoming sci-fi survival horror game, On Air. According to NVIDIA, On Air will feature ray-traced reflections and shadows, and will also support the DLSS tech.

In On Air, you will explore every corner of a gloomy old hotel Algol, alive with ominous creatures. Moreover, you’ll need to unravel all the puzzles of this hotel and its inhabitants.

On Air’s gameplay includes the search for the necessary items, as well as solving story tasks that help to reach new levels. Some items found in the game have unique properties. In addition to the main story at each level there are additional quests, allowing to reveal parallel storylines. During the game an atmosphere of 60s gradually transforms into an environment with Sci-Fi elements, which entails the appearance of many strange mechanisms and devices.

RainStyle Games aims to release On Air on December 27th.