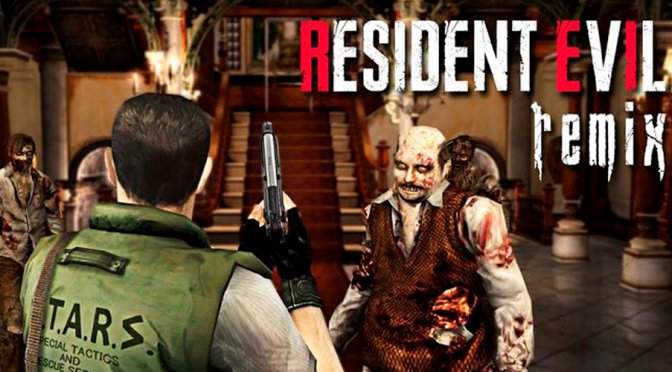 A Youtube user, who goes by the nickname Mr. Curious, has created another remake of the first Resident Evil. The original Resident Evil was simply amazing, and the remake of that game was even better. Resident Evil Remake, is by far my favorite game in the whole series.

This fan made project is called Resident Evil Remix, and that’s because it simply mixes both games into one. Meaning the camera is over-the-shoulder; just like it is in Resident Evil 4. This means you are free to aim and shoot wherever you want.

One other thing, is that quest items will no longer take place in your inventory. Meaning you can carry as many keys or ink ribbons you like without worrying about inventory management.

The creator has changed the item locations, and also added many secrets for the players to discover. Lastly, the game looks very challenging, which is something that Resident Evil veterans will probably deeply appreciate.

Resident Evil Remix is almost ready, but unfortunately is not currently available to the public. As soon as it does we will make sure to let you know.

You can watch a thirty minute walkthrough below.