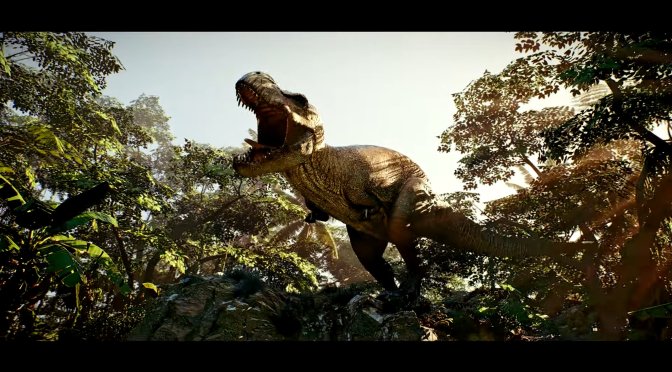 Last week, Rebellion shared a new Showreel, showcasing some of its latest projects. Among them was an interesting dinosaur tech demo in Unreal Engine 5, called Project Dinosaur.

Unfortunately, we don’t know much about this tech demo. From what we can see, this project shows off a T-Rex in a highly detailed forest. In order to create this demo, Rebellion used Unreal Engine 5.

Sadly, this tech demo is not available to the public. Moreover, we don’t have any additional tech details about it. For instance, we don’t know whether it takes advantage of Lumen or Nanite. However, and from the looks of it, we can assume that it uses Quixel Megascans.

There is also another cool Unreal Engine 5 project at the end, called Project: Space.

It would be really cool if Rebellion expanded on this dinosaur project in order to make a new game. That is assuming the team was willing to create a new single-player game, and not another PvP/GaaS/survival game.