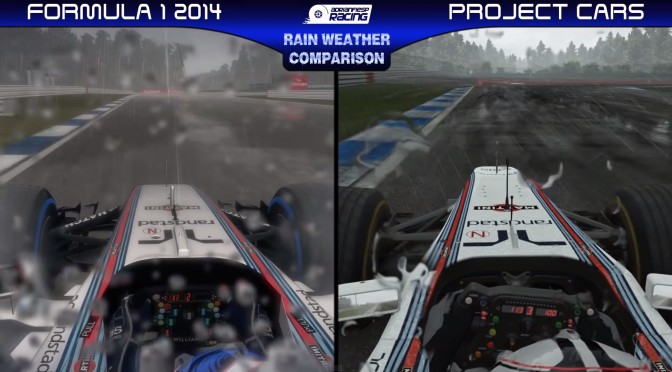 YouTube’s ‘ADRIANF1esp’ has shared a new video with us, comparing the rain weather effects of Project CARS and F1 2014. This video shows a lap at Hockenheim GP with the Formula A in Project CARS (Williams Martini skin) and the 2014’s Williams FW36 in F1 2014. Project CARS is planned for an April release, and we hope that Slightly Mad Studios will further enhance the game’s rain effects (as they are not as ‘hot’ as those found in both F1 2014 and Driveclub).