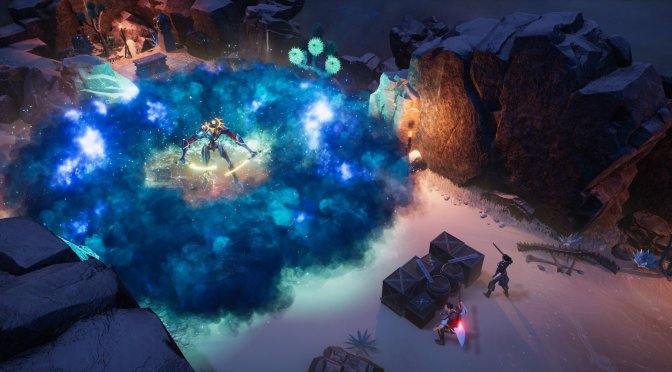 Event Horizon has released a story trailer for its upcoming non-linear sci-fantasy RPG, Dark Envoy. This trailer will give you a closer look at the game’s sibling leads: Malakai and Kaela.

As the press release reads, the journey begins with tragedy and the siblings have many tough decisions ahead of them.

Dark Envoy will feature solo and two-player co-op. The game’s world will shift with the passage of in-game time, so the decisions of where to go will often be as impactful as what you do when you arrive, taking on quests or world events and tipping the balance throughout this blossoming conflict.

Dark Envoy features real-time combat with the ability to slow time or pause as you make important tactical choices. Additionally, it will have a rich collection of companions — from assassins to engineers — and robust RPG systems.