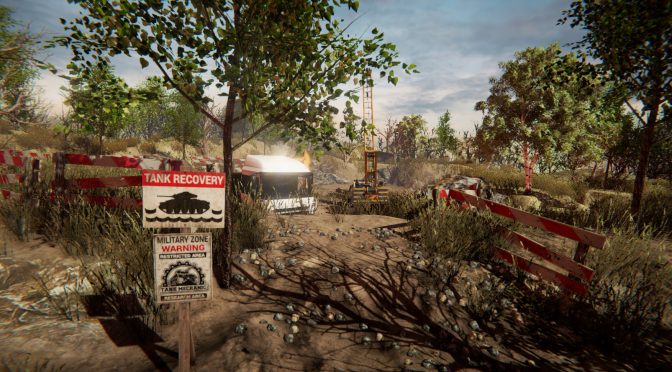 Przemyslaw Zaworski has shared with us some new videos that showcase the incredible physics and real-time terrain deformation effects of Tank Mechanic Simulator. This deformation system is flexible and seamlessly works together with all modern rendering techniques, includes DX11 tessellation and physically based lighting.

Going into more details, the first video shows the game’s mud effects. Jeep surface dirtyness factor will be computed in real time, when vehicle drives through mud. On the other hand, the second video shows bendable grass and gives us an extensive look at the ground deformation. The third and last video shows the possibilities of the game’s current rendering algorithms.

To be honest, this game reminded me of Spintires. Both of them look rough around the edges but they offer amazing and extensive ground/terrain deformation, something that we do not experience in other titles.