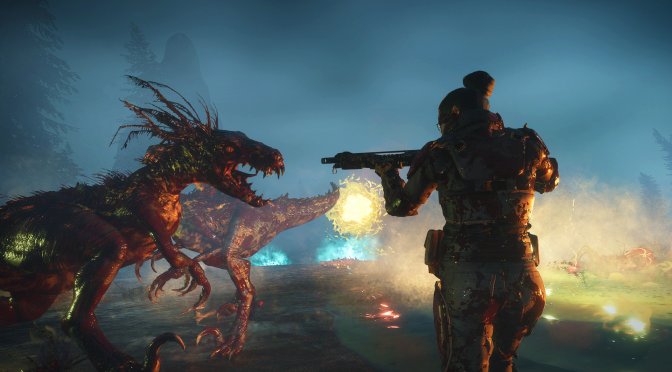 Systemic Reaction has released a new trailer for its upcoming dinosaur co-op shooter, Second Extinction. This trailer gives us a closer look at the raptor. Now while the dinosaur does not have any feathers, it does have quills on the top of its head (similar to those of Jurassic Park 3’s raptors).

Second Extinction is a co-op shooter in which players will team up with up to two other resistance fighters to take Earth back in short but intense combat operations. According to the team, teamwork will be vital in this game. Players will have a unique combination of weapons, abilities and skills to take on the vast number of enemies. Players will also fight through a maelstrom of bullets, bombs, teeth, claws and gore.

Do note that the game will feature evolved versions of our favorite dinosaurs. For instance, you will be fighting electric raptors. So yeah, don’t expect your traditional dinosaurs to be present in this shooter.

There is currently no ETA on when Second Extinction will come out. However, you can find the game’s PC system requirements here.