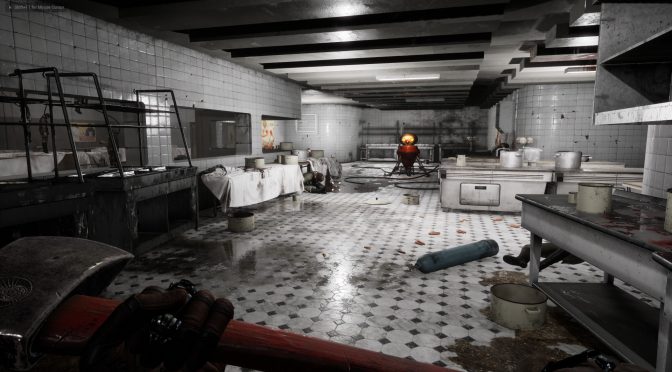 Mundfish has released two new in-engine videos for its upcoming FPS Soviet-Union game, Atomic Heart. The first video was released last week and shows a clown trap, while yesterday’s videos shows off what appears to be a bunker or a room.

Atomic Heart is an adventure first-person shooter, events of which unfolds in an alternate universe during the high noon of the Soviet Union. In this game, players assume the role of special agent P-3, who after an unsuccessful landing on enterprise “3826” is trying to figure out what went wrong and to clear up a factory from went mad robots.

“P-3 will receive a lot of weapon in his armory, there will be several quests, and he will learn to destroy one robot after another silently in order to clear his way to the event hall, where he will meet a main enemy – a huge robot with tentacles.”

Unfortunately, this first-person shooter is not coming out anytime soon. Mundfish has revealed that its closed beta will begin in Q4 2019, meaning that this will most likely be a 2020 game.