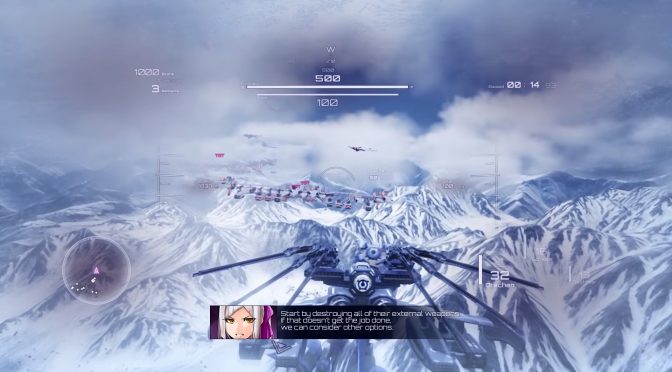 Production Exabilities has released a brand new gameplay trailer for its upcoming fast-paced aerial shooter, Wing of Darkness. Wing of Darkness is powered by Unreal Engine 4, will be released by the end of 2019 on the PC, and will feature both Japanese and English language support.

In Wing of Darkness, players will battle against enemy squadrons to rid the world of the scourge.  Players will be able to customize and upgrade their HELT-System to give themselves every advantage to overcome their foes.

Wing of Darkness seems to be a cool mecha aerial shooter and I’m pretty sure that it will appeal to a lot of Zone of the Enders fans. The game will also come with a story mode, featuring 6 stages in total.