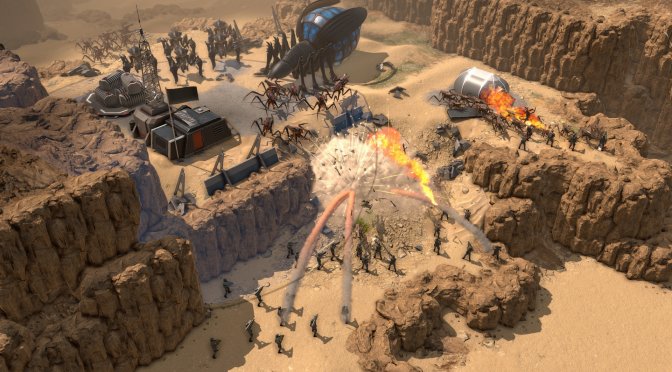 In 2019, we informed you about a new real-time strategy game set in the Starship Troopers movies universe, Starship Troopers – Terran Command. And yesterday, Slitherine released a brand new gameplay trailer for it.

In Starship Troopers – Terran Command, players will take command of the Mobile Infantry and do their part in the war against the Arachnid threat. Players will build, develop and control their armies to strike an effective balance between tactical superiority and strength in numbers. Moreover, the game promises to feature an expansive range of unique units, weapons, and special abilities are at the disposal of MI commanders.