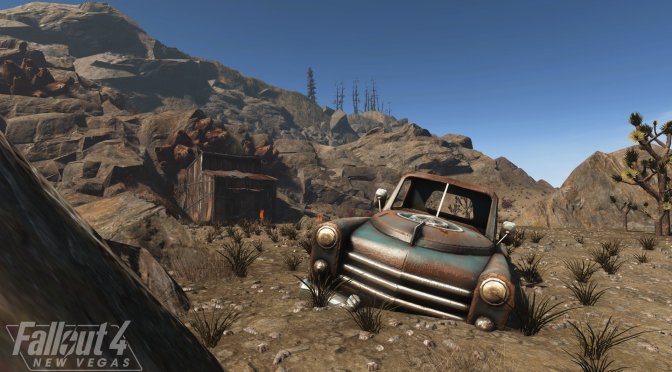 The team behind the Fallout New Vegas Remake in Fallout 4, Fallout 4: New Vegas has released a brand new gameplay video. This video shows the main protagonist roaming the roads and talking to Oliver Swanick. It also shows the dialogue menu and reload animation.

There is currently no ETA on when Fallout 4 New Vegas will come out. Still, the good news is that a) the team has a real passion for this project and b) it has not received any C&D letter from Bethesda.

From what we can see, Fallout New Vegas will look slightly better than its original version. Still, don’t expect graphics that can compete with today’s triple-A games. After all, this is a fan remake.

But anyway, we’ll be sure to keep you posted about its progress. Until then, enjoy the following video!