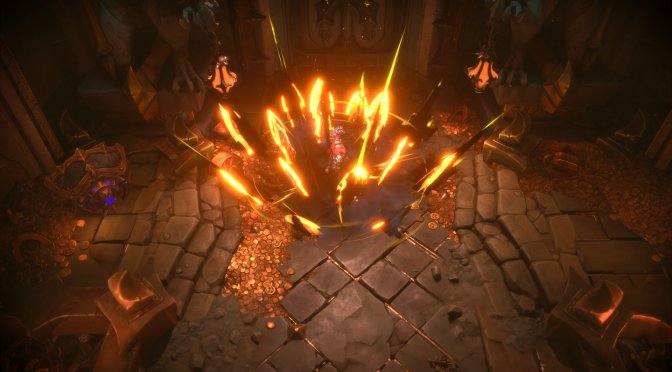 Airship Syndicate and THQ Nordic have released a new gameplay trailer, presenting the game’s so-called “Creature Core”-system. This system will allow players to upgrade and customize their horseman’s battle skills.

As the press release reads, both fighters begin with a variety of different attacks but will gain access to more devastating and fascinating ways to smash demons on their journey through hell. “Creature Cores” can be picked up afters slaying enemies and bosses. They are also available for purchase at Vulgrim’s store in exchange for souls.

The “Creature Core”-system will allow players to shift the balance between the different playstyles of WAR and STRIFE.

Darksiders Genesis features the debut of the fourth and final horsemen , STRIFE. STRIFE will battle alongside his brother and fellow horsemen WAR in the first ever Darksiders two-player co-op mode. Solo players will be able to alternate between STRIFE and WAR on the fly. Thus, they’ll be able to take advantage of STRIFE’s ranged and WAR’s melee style attacks. Both characters can build up a special attack meter that, when activated, temporarily turns them into a colossal creature that leaves epic destruction in its wake.