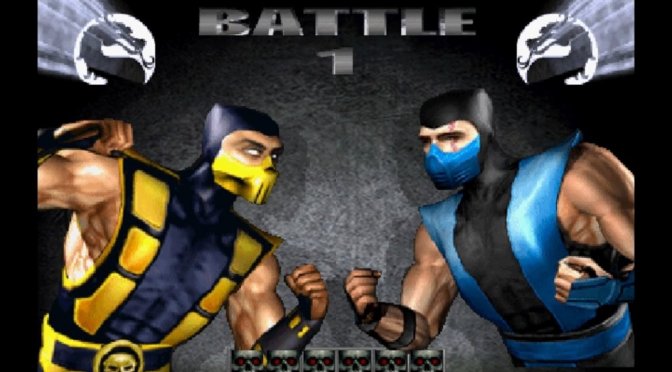 YouTube’s Darko Subotin, Fat Dino and Mike have released videos for three PC video-game fan remakes in Unreal Engine 4. As such, and instead of dedicating an article per remake, we’ve decided to gather and share them in one article.

Let’s start with Darko Subotin. Darko Subotin has recreated Sub-Zero’s ending from Mortal Kombat 4 in Unreal Engine 4. Subotin had previously recreated the MK4 endings of Sonya, Tanya, Scorpion, and Quan-Chi in Unreal Engine 4. Now my biggest gripe with this latest remake is the 3D models for Scorpion and Sub-Zero. Unfortunately, these models are nowhere close to their CG counterparts. To be honest, I wasn’t really expecting a single dev to produce CG-quality models. However, they do not look great (at least in my opinion). Subotin has also added a new fight between Scorpion and Sub-Zero and while it’s cool, the animations are – again – not that great. Still, we really appreciate Subotin’s efforts.

Then, we have an Among Us Remake in Unreal Engine 4 from Fat Dino. Fat Dino has recreated this entire project from scratch. What’s also cool about this fan remake is that Fat Dino has provided some gameplay footage from it. Thus, this will give you an idea of what this game could look like in the latest version of Unreal Engine 4.

I Made Among Us and it will DESTROY your PC

Lastly, we have a fan remake of the Nagrand environment from World of Warcraft in Unreal Engine 4 by Mike. In order to create this environment, Mike used the Quixel Megascans. It’s a solid effort and I’m sure most WoW fans will find it cool.