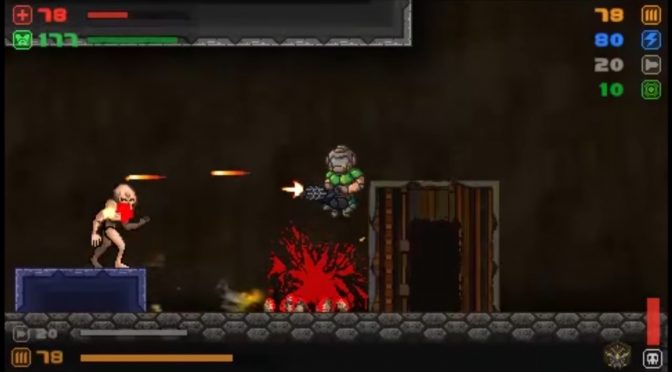 Calavera Studio has released a teaser trailer for MiniDoom 2. MiniDoom was a 2D action platformer adaption of the classic DOOM 1, and it’s sequel promises to be bigger, better and badder.

MiniDoom will feature new levels and a new boss, a new overworld map will allow you to select levels and revisit completed areas, the ability to save, new weapons, a wider variety of enemies, as well as new moves, powerups and mechanics.

While the original MiniDOOM was based on DOOM 1, MiniDoom 2 will not be limited to any Doom version in specific. As such, players will be able to, for example, fight classical Arch-Viles alongside with new Hell Knights.